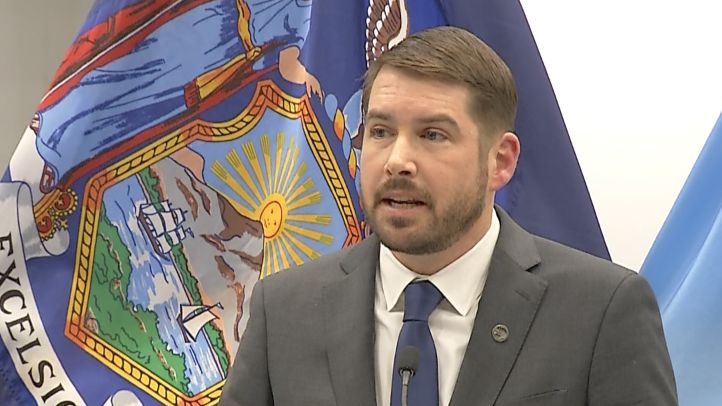 Syracuse Mayor Ben Walsh announced multiple programs to improve neighborhoods, housing, and more, and he also presented a new strategy to end gun violence and keep residents safe in his State of the City address on Thursday.

The first-ever office in the city will start with a director who will identify other necessary resources needed.

“And really, we look at that individual as a quarterback in the community, and is working with all the other stakeholders,” said Walsh. “Not just for that office, but all our partners. So it’s all about leveraging resources. but it’s really about strengthening that communication through all the different agencies and partners.”

The starting salary for the position is $65,000, which is funded through the city budget.

Walsh says the job was listed a week ago and garnered a lot of interest. Applications are being accepted through January 28.

“The coordination between those different agencies is where we think there is room for improvement. And that’s really going to be the purpose of this office and this position, is again, to be that conduit of communication between the police department, community stakeholders and my office directly,” said Walsh.

Walsh said the Syracuse National Action Network has pushed for this kind of office for a long time.

Inspired by New York City’s Office to Prevent Gun Violence, the new department is another method of support for the city police department.

“Anything that will help us deal with some of the issues of violent crime and other issues impacting public safety we see as an addition to what we’re trying to do,” Syracuse Police Chief Kenton Buckner said.

Deputy Mayor Sharon Owens continues to meet with the New York City office to learn about its structure.

Walsh says he is looking for several qualifications for the director, but it is not necessary to have a law enforcement background.