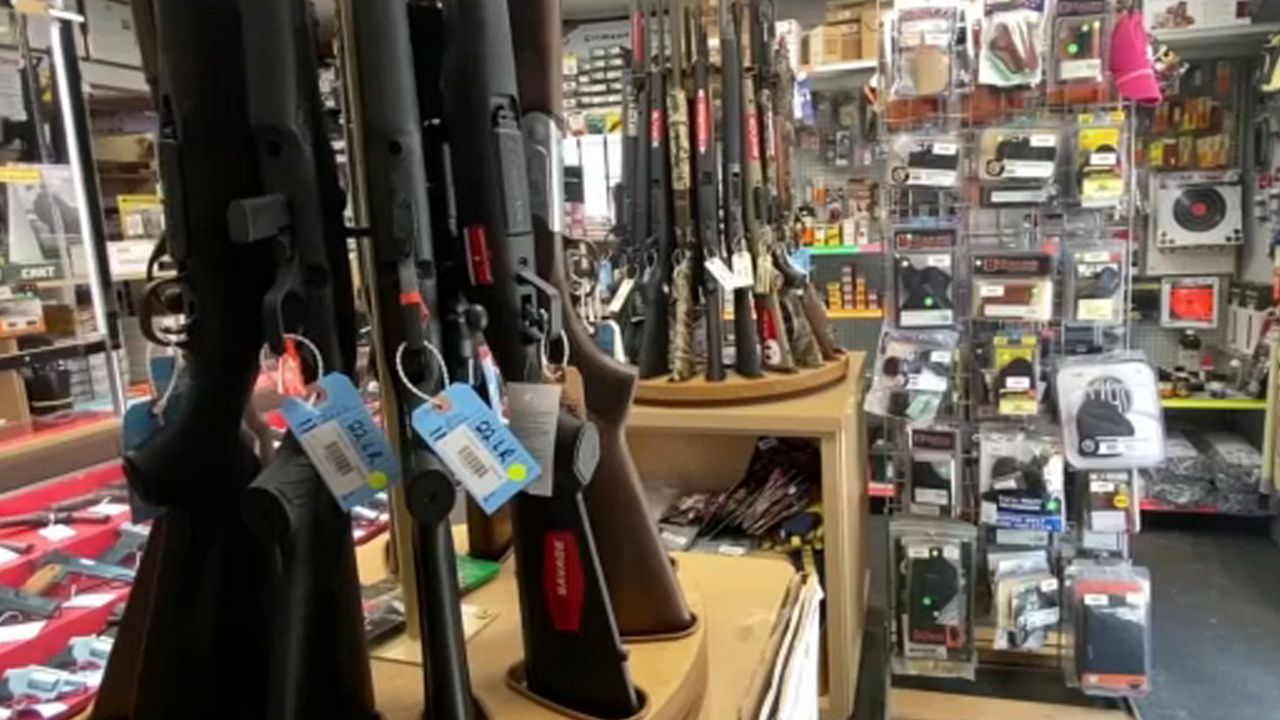 Supply chain issues have become a major concern heading into the holidays. But they're not new.

Throughout the pandemic, a boom in sales has led to a shortage of both guns and ammunition.

“It just grew to a point where I found it hard to be able to find what I wanted," said Bill McGuire of Interlaken Guns and Ammo. "I said, 'Well, why don't I start my own store.' I totally underestimated how many people in the area were interested in guns."

When you come to his checkout counter, you'll see a sign that states one box of ammunition per caliber, and that's because there's been a nationwide ammunition shortage.

“We're rationing it because we want to give everybody the opportunity to have something,” McGuire said.

According to the National Shooting Sports Foundation, there were eight million new gun buyers last year.

“Sold each one of those people just one box of ammo," McGuire said. "There is eight to 10 million boxes of ammo that somebody else can't get.”

He said, "Because of COVID, the suppliers of primers, powder, casings and things like that. There was a backlog of that stuff. So it's a perfect storm in regards to why the ammo shortage started. You know, I, I had a box of ammo that I sold for $19 here and they said that the cheapest they found it. Anyplace else was $40.”

McGuire says the shortage has been affecting more than ammunition.

“I can’t get everything that I want to get. I probably lose at least two sales a day because I can't get a gun,” McGuire said. “I think it's better right now than any time since COVID hit. I have over 400 guns in the store right now. I don't have all the ones I want. And sometimes, when I get one of the ones that I want, it goes to the next day.”

Mead Loop, treasurer of the Trumansburg Fish and Game Club, said, “During the pandemic, our membership grew significantly because when governments restricted a lot of indoor activity, there weren't a lot of outdoor sports that we could still do.”

He said while shopping for his own rifle, he saw the price of ammunition go up.

“A box of shells 18 months ago was half this price," he said. "This is the first box of shells I bought that cost more than $10.”

Doing one round of skeet shooting, or going to five different stations, requires one box of ammunition, so Loop and others in the club have had to cut back.

“And we talk about it a lot. It's a pure supply demand problem," Loop said. "There are a lot more shooters than there were a year or two ago, and therefore, they all want the same ammo. Where we might shoot four or five rounds or boxes in a day, we are one or two now.”