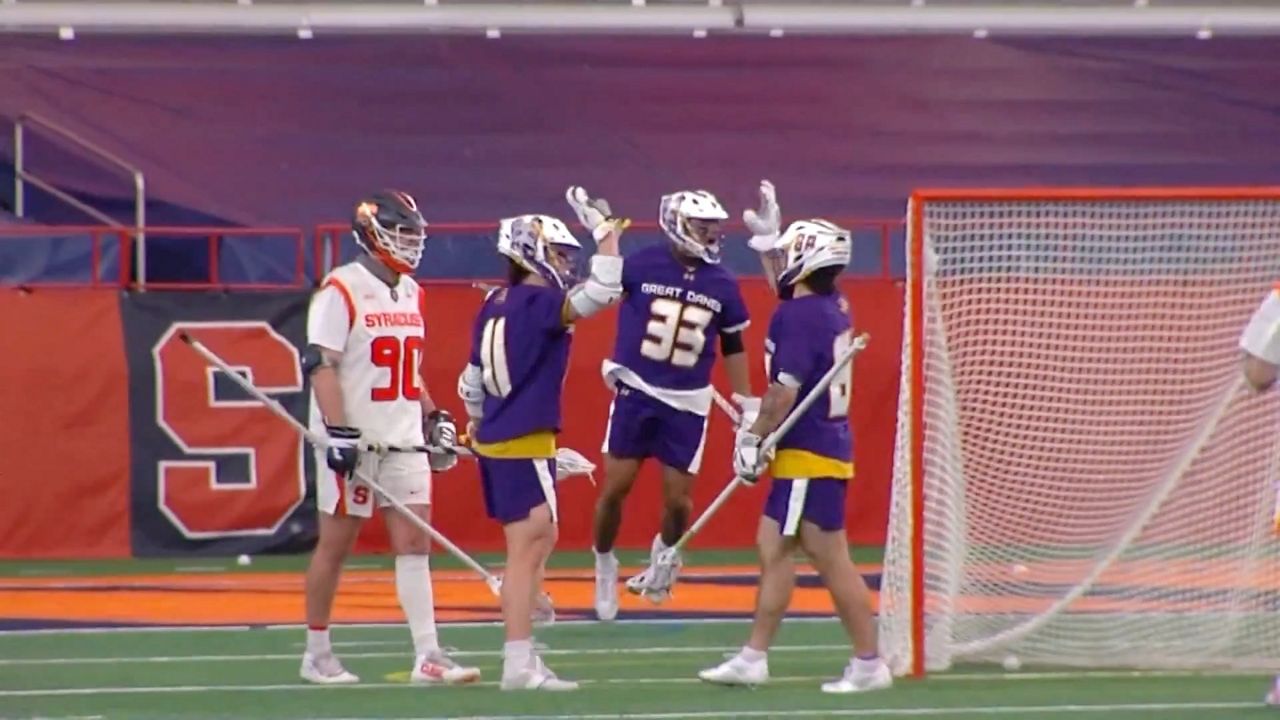 Interest in lacrosse sees incredible growth across the state

On a beautiful summer day, you’ll find sixth grader Olivia Welch and her teammates working on their lacrosse skills.

“What makes it so fun for me to play is the fact that it’s fast paced and challenging,” says Welch.

Olivia and her teammates are all a part of the growing trend of lacrosse across the country. Created by the Haudenosaunee, it’s a game that traces its roots back to the 1600s. It's often referred to as "the medicine game," and a game that showcases their culture.

“It’s part of who we are as a people. It’s part of our religion. We play medicine the game. We play healing games,” says Alfie Jacques, a member of the Onondaga Nation who has played lacrosse since he was 5 years old.

The game has grown and evolved over the years, especially in the last two decades. In 2018, an NCAA study showed women’s lacrosse teams nearly doubled from 256 in 2003 to 505 and men’s teams growing 61% to 380 during the same time span.

“The sport itself is just a good crossover of so many sports we see. Soccer, basketball, even some kids who play ice hockey, volleyball. There’s a little something for everyone in lacrosse,” says Siena Women's Lacrosse Head Coach Abby Rehfuss.

Technology has played its role in this incredible rise. More games are being streamed on platforms like ESPN+. Even individual schools turned to streaming their own games this past season.

“Somebody woke up and said, 'hey, wait a minute, look at all these people playing lacrosse, we’ve got to give it to them,' ” says Jacques.

But in the last decade, one duo acted as fuel to the games growing fire: Miles and Lyle Thompson.

“Kids with a stick who are just learning how to throw the ball, they’re trying the tricks that those guys do. The backhand, the underhand, behind the back between the legs. They see them do that and they all want to try,” says Jacques.

“They played such a free style of lacrosse, but they certainly respected the game like no other,” says Sheehan.

The brothers inspired a generation of lacrosse players, but it’s a generation that is now dealing with the fallout of a global pandemic.

“I hope COVID doesn’t stifle the growth that we’ve been seeing in recent years and I think this is a really tough year for kids to get recruited, just because there aren’t as many spots as there once were due to the extra year of eligibility," says Rehfuss.

But there might be a silver lining. With limited spots available, it could push players to new areas and grow the game.

The true affect of the pandemic on the game won’t be felt for a few years, but if the game continues to grow at the professional level, it will grow at all levels.

“You’re going to continue to seeing that growth in the past 10 years or so to continue to have that meteoric rise well into the future just because of the opportunities that are available to kids," says Rehfuss.