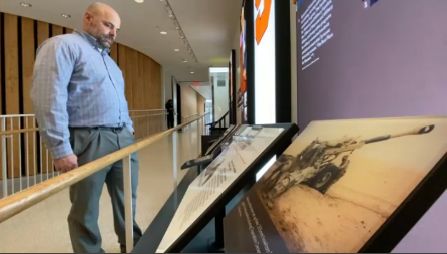 Transitioning from military to civilian life is a daunting task for many veterans, but one Syracuse vet says even after he retired his uniform, he still found a way to continue his service.

Each time Brian Collins ventures down the Hallway of Heroes Walkway at the National Veterans Resource Center, he learns more about the Syracuse University alumnae who fought for the country.

When he reaches the end of the timeline, his own memory creates a more vivid image.

“No one was expecting the events of 9/11 to happen and be thrust into combat, so I think about that and the sacrifices we made to get to where we are today,” said Collins, academic advisor for the Syracuse University Institute for Veterans and Military Families.

Collins is a 21-year combat veteran who was deployed to Bosnia, Kuwait, Iraq, and Afghanistan. 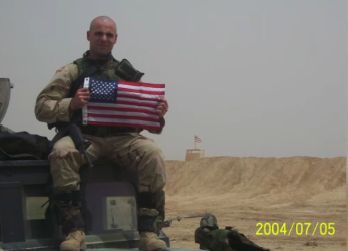 He was last stationed at Fort Drum, where he medically retired in 2017, beginning a new battle: transitioning to civilian life.

“Trying to figure out how to write a resume, do interviews, even just simply talk to recruiters and perspective employers was a challenge for me,” said Collins.

Eventually, he traded life on the base for a cubicle at SU, but his desire to help fellow veterans push forward followed.

“I was hired to come here to work as an academic advisor for our veterans, military spouses, transitioning service members that are in the Onward to Opportunity program,” said Collins.

It’s a national program that provides free career training and certifications to service members and their spouses. Collins has helped about 7,000 students since March 2019.

“Sometimes it helps when they know the veteran is on the other end of the phone or computer, letting them know, 'Hey, I’ve been there done, I’ve done that, I’ve been in the exact same seat you are; you can get through this,' ” said Collins.

“It's just a big family. You’re used to working with them and the last thing you want to do is bring everybody home. Once you’re back, you still want to have that same mentality and do that for the other veterans that are out there."