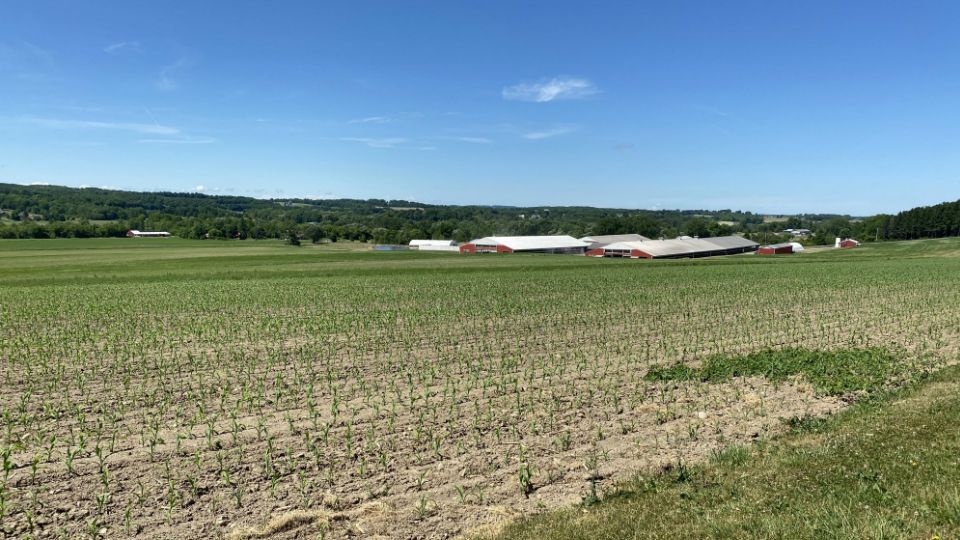 Twin Birch Dairy is Skaneateles is a farm leading in its sustainability practices. So much so, they’ve earned national recognition for improving the health of people, animals, and the environment.

Farming is Young’s passion, and right alongside that is an appreciation for the environment.

About 20 years ago, the farm doubled its herd size, and they built a remote manure storage site. It helped reduce the smell for neighbors.

“I didn’t want to upset the neighbors. We were going from a small red farm to a larger farm and we wanted to be good neighbors,” said Young.

At the same time they installed a separator that divided solids and liquids of manure, which helped efficiency.

Now they are the only farm in Onondaga County with an anaerobic digester.

“They’re not very common. That’s helped reduce the odors; it’s reduced pathogens quite a bit. It also provides about 90 percent of our electricity to run the dairy,” said Young.

The farm is situated between Skaneateles and Owasco lakes — watersheds that supply drinking water for more than 400,000 residents.

Young recently volunteered to be a part of a study that monitored some of that water.

“The study really focused on the water that was down in soil,” said Skaneateles Lake Watershed Agricultural Program Manager Mark Burger. “There are tile lines to help the soil make it a bigger better sponge. If you monitor the outlet of those tile lines, you can determine how clean the water is, if there are extra nutrients, or necessary nutrients in the water.”

The study found that water downstream of the farm was equal to, if not better, quality than the water coming upstream.

Experts say it’s a testament to the practices implemented on the farm.

“I think it’s all the practices that they have been doing for decades. I think it’s the buffer strips, I think it’s the grassed waterways, it’s how they handle the manure and the timing of the application. I really think it comes down to the farm family and its employees.”

He says being a good farmer to him, is keeping up with a changing environment.

“We’ve gone through two extremes. Right now, we’re really dry here. Last year, we were really wet. We’ve got an average year in between if you put the two together, but we don’t get averages anymore. It seems like we’re getting more extremes. Being able to adapt to that and still thrive, I think, is difficult and important,” said Young.

The farm won the U.S. Dairy Sustainability Award this April — the second farm in the Central New York Region to win in three years.