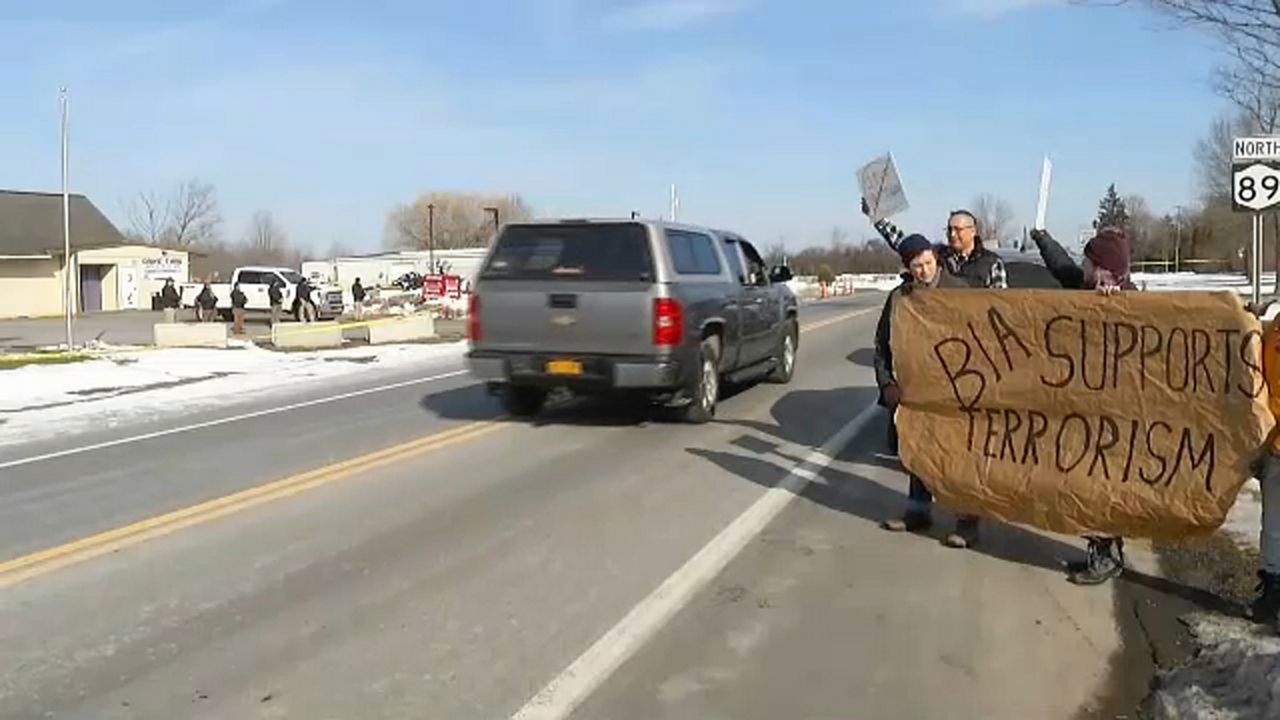 The Seneca County Board of Supervisors called a special meeting on Sunday to discuss demolition on Cayuga Nation property that was carried out by the nation's council.

Members of the Cayuga Nation say the demolition was an attack on their homes, their schools, and their belief system with no prior notice and no discussions.

The Seneca County Board of Supervisors called a meeting Sunday to discuss the damage and create plans for moving forward. Chairman Robert Hayssen says part of the issue is a leadership dispute.

"The Clint Halftown Faction is like an illegitimate faction but the Bureau of Indian Affairs thinks otherwise and then you got the traditionalist, the unity council faction, and they've been here for five years," Hayssen said.

But Cayuga representatives say through traditional law, he has no power as a leader and he's not their leader.

"He's a federal representative. He wears no horns, he was never condoled, he is not a chief," said Young. "Therefore he holds no title and no power over anyone to be doing what he's doing."

"It's over and above the call of duty shall we say and he needs to be removed because no leader would do a thing like that to their own people," said Hayssen.

According to representatives of the traditional government, traditional Cayuga law gives clan mothers the power to appoint leaders.

"He has no authority within traditional nation government," said Joseph Heath, general counsel for Onondaga.

In his statement, Clifton Halftown says businesses were also demolished because of money issues.

"They continue to operate Cayuga Nation businesses, keeping the money for themselves and refusing to provide an accounting for how the money was spent," Halftown said.

We're only paying into our government funds and our traditional government side of our monies, we're not paying it to him and his illegitimate side," said Young. "Cayuga nation as a whole, we take care of each other, Cayuga Nation under Clint Halftown is not how it should be."

The Seneca County Board of Supervisors decided they would call on federal representatives, asking for protection and to freeze funds to the Cayuga Indian Nation. Members of the Cayuga Nation say in the meantime, they'll continue learning and spreading their culture.