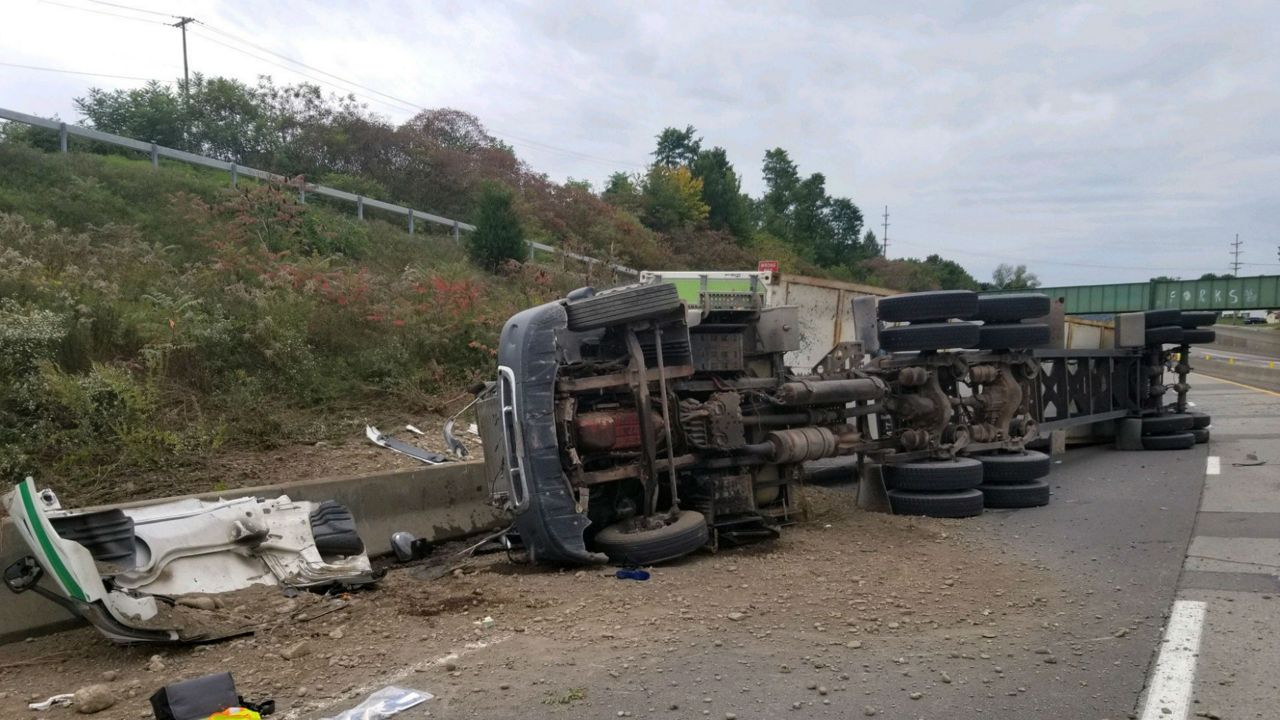 Environmental Group Believes Natural Gas Spill Could Have Been Prevented

Some are calling it a preventable tragedy.

On Monday, a tractor trailer carrying compressed natural gas flipped over on Interstate 88. Walter Hang, the president of Toxics Targeting wants Governor Cuomo to ban any trucks, or facilities in our state all together.

"If he had heeded our warning, then there wouldn't be a compressed natural gas facility in Herkimer County which the truck reportedly was driving to. That truck wouldn't be in New York State," said Hang.

Jeffrey Lind was making the delivery though Xpress Natural Gas of Montrose Pennsylvania. His crash caused hazardous chemicals to spill onto the highway, forcing a neighborhood to evacuate.

"Once the gas vaporizes, it's flammable. It's essentially the same gas you use to cook food in your home or to run your boiler to heat your house. It's flammable," said Hang.

In Fenton, the gas eventually dissipated into the air, but in situations in the past, the outcome hasn't been as positive.

The crash ironically happened less than two miles away from a formerly proposed natural gas facility in Fenton. That plan was eventually shot down after an outpouring of community opposition.

The Chenango Valley School District was just one of many organizations against it.

"I don’t want to make a platform out of such a tragedy. Someone lost their life. But it does reinforce the concerns that we had as a district and as a community," said David Gill, Chenango Valley Superintendent.