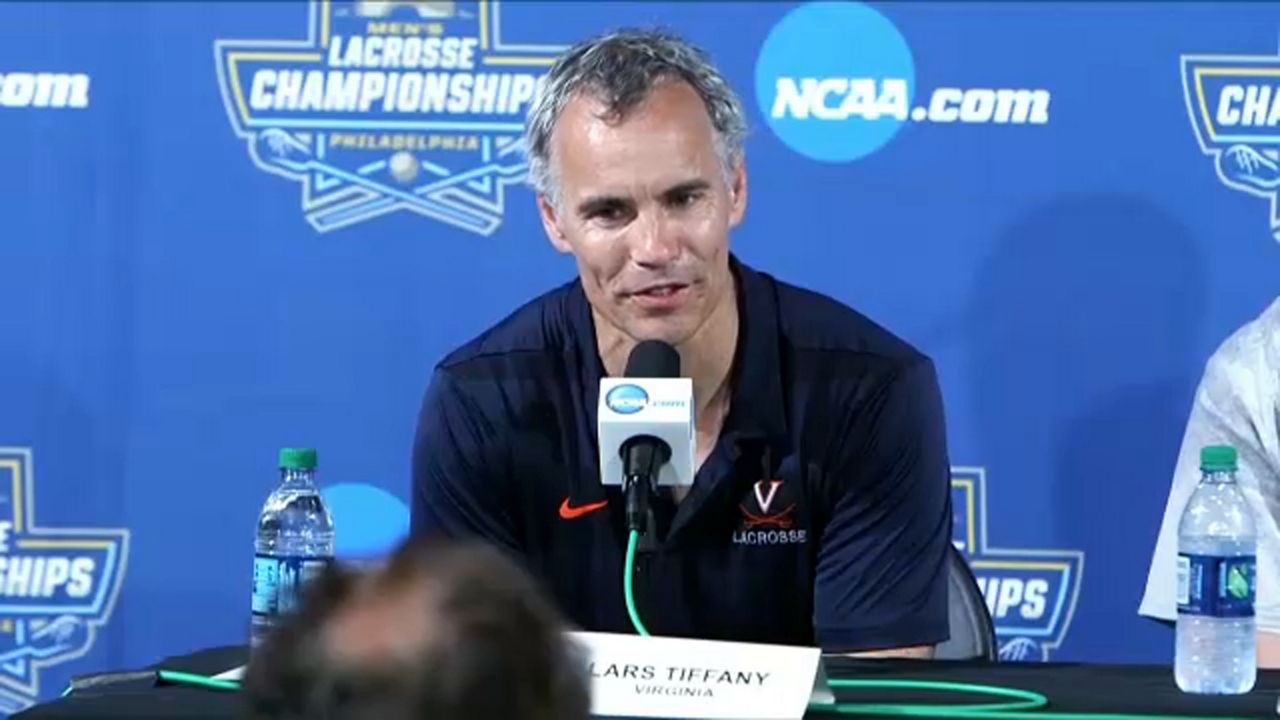 In Central New York, there is a strong lacrosse culture and that influence is helping the game grow well outside our borders.

The latest example came this past weekend as Virginia won its first national title since 2011. Virginia Head Coach Lars Tiffany is from LaFayette.

Decades before Lars Tiffany led the Cavaliers and before Monday's gatorade bath, he was living on a bison farm in LaFayette and playing lacrosse.

"I was fortunate to grow up in a setting where lacrosse is very important and more than just a sport to the Onondaga people,” said Tiffany. “The cultural values, family values come through the sport."

The Lancers are a perennial power. Last week, they won their 10th sectional title and Tiffany is one of many successful lacrosse alums from LaFayette.

"The fact that he even looks back to say you don't need to be a high dollar tax bracket kind of a school district,” said LaFayette lacrosse coach Chris O’Hara. “You don't need to have 500 kids per class to put a successful program together. It's heart. It's determination. It's love of the game."

The high school is small, with only about 50 students per class and it includes members of the Onondaga Nation, whose devotion to the game carries a deep meaning.

"In our culture it's part of the religion, so it's big,” said Onondaga stickmaker Alfie Jacques. “It touches every part of the nation all the people here."

The spirit of the sport is strong in LaFayette. The high schoolers are closely connected to the game's origin

"It really does have a special feel to it,” O’Hara said. “The community in LaFayette, I don't know if you'll ever find a stronger lacrosse community. The way people come out and support, it's fantastic."

That community was rooting for Tiffany this weekend and Tiffany carried a token of home on the field. A handmade stick from the Onondagas sat on the sidelines during the national championship.

"And he had one of my sticks showing everybody,” said Jacques. “All the players -- the defensemen -- get to use that stick every once in a while. It's like a real honor. So that was really cool to have that out there."