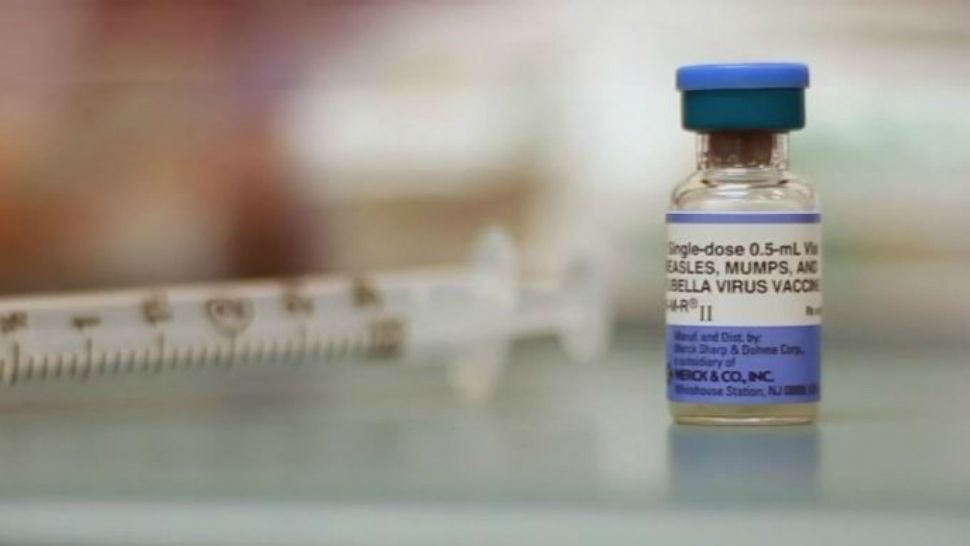 What's Actually in the Measles Vaccine?

Before the measles vaccine was developed in 1962, 400 to 500 Americans a year—most of them children—died from the disease. One reason behind that astonishing number: nearly a third of those infected became seriously ill or developed complications.

Dr. Nicole Bouvier studies how to improve vaccinations for infectious disease, she says widespread vaccination for measles is essential because of how aggressively it spreads.

"When you get measles, you're also susceptible to other bacterial infections,” Dr. Bouvier says. “In the pre-antibiotic era, that was what killed most people with measles."

Another reason for so many deaths: Measles is extremely contagious. The virus can live in the air and on surfaces for up to two hours.

"Measles has an infectiousness of about 15 people per one infectious person. Influenza is more like one or two people get infected from one infected person," says Dr. Bouvier.

The MMR vaccine protects against measles, mumps and rubella. It has been manufactured the same way for 50 years. It's grown in human cells and in trace amounts of animal cells, potentially from chickens, cows and pigs. The process weakens the virus, but also keeps it alive.

"So that when you give the vaccine, you don't actually get sick from it,” says “Dr. Bouvier. “But the fact that the virus can still replicate means it provokes a better and stronger immune response."

A rise in religious and philosophical concerns has led to more people questioning how vaccines are made. But the reality is there are no efforts underway to change the ingredients in the measles vaccine.

"Because MMR has been sort of one of the great success stories of vaccine history—that if it ain't broke, don't fix it—it's worked so well that there hasn't really been a need to make it differently."

Some ultra-Orthodox Jews object to the vaccine because it is cultured in cells from non-kosher animals. But the Orthodox Union urges parents to have their kids vaccinated because Judaism places the highest value on preserving human life.

Bouvier says the research dollars just aren't there for a new measles vaccine.

"The question is whether it's ethical to start tinkering with a vaccine that works really well, and not be working on other infectious diseases like HIV or like influenza or RSV," says Dr. Bouvier.