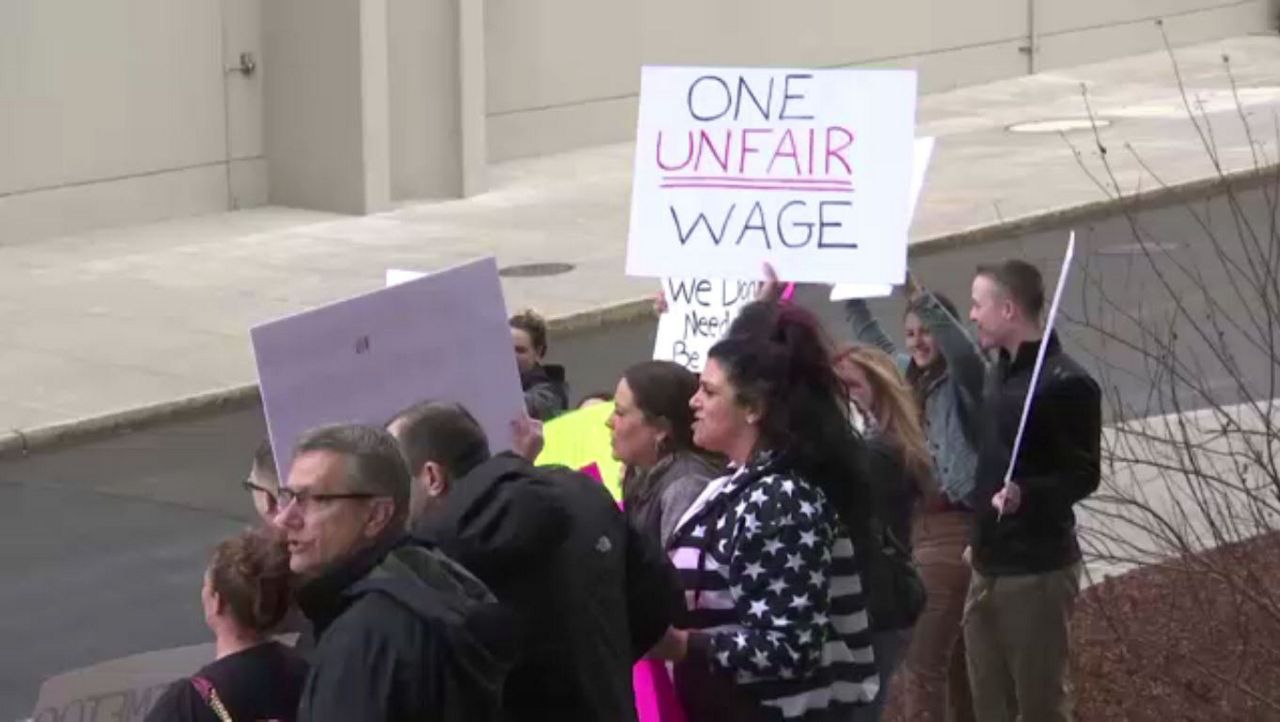 Tip wages may be in jeopardy in New York

SYRACUSE, N.Y. --The possibility of eliminating the New York State tip credit continues to be a hot topic, and it was at the forefront of a public hearing in Syracuse.

The State Department of Labor held the third of seven public hearings on the issue at SUNY ESF Monday. Tip credits allow restaurants to pay tipped employees a rate less than the minimum wage as long as their tips make up the difference.

Governor Andrew Cuomo has asked the Department of Labor to examine the impact of eliminating that credit, while increasing minimum wage. That would add up to about three dollars more per hour.

Many in the industry say eliminating the tip credit would reduce workers' take-home pay and be detrimental to restaurant owners. But proponents an increased minimum wage would help lessen exploitation and harassment of servers working to make tips.

"I'd like to see the elimination of the sub-minimum wage and the raising of the minimum wage overall," said One Fair Wage supporter Tierney Na. "I don't think any worker who's working full time should have to live in poverty conditions."

"I make plenty of money. I am not a victim," said supporter Joedy Hill. "We don't have any kind of sexual harassment. They're lying about things like that. They're just making this up to make the public think that we're having these problems. We don't have anything wrong. We're not broken. We don't need to be fixed."

Many people who participated in organized rallies before Monday's hearing got underway. Statewide hearings are taking place through the end of June.

For more information on the hearings, visit this link.