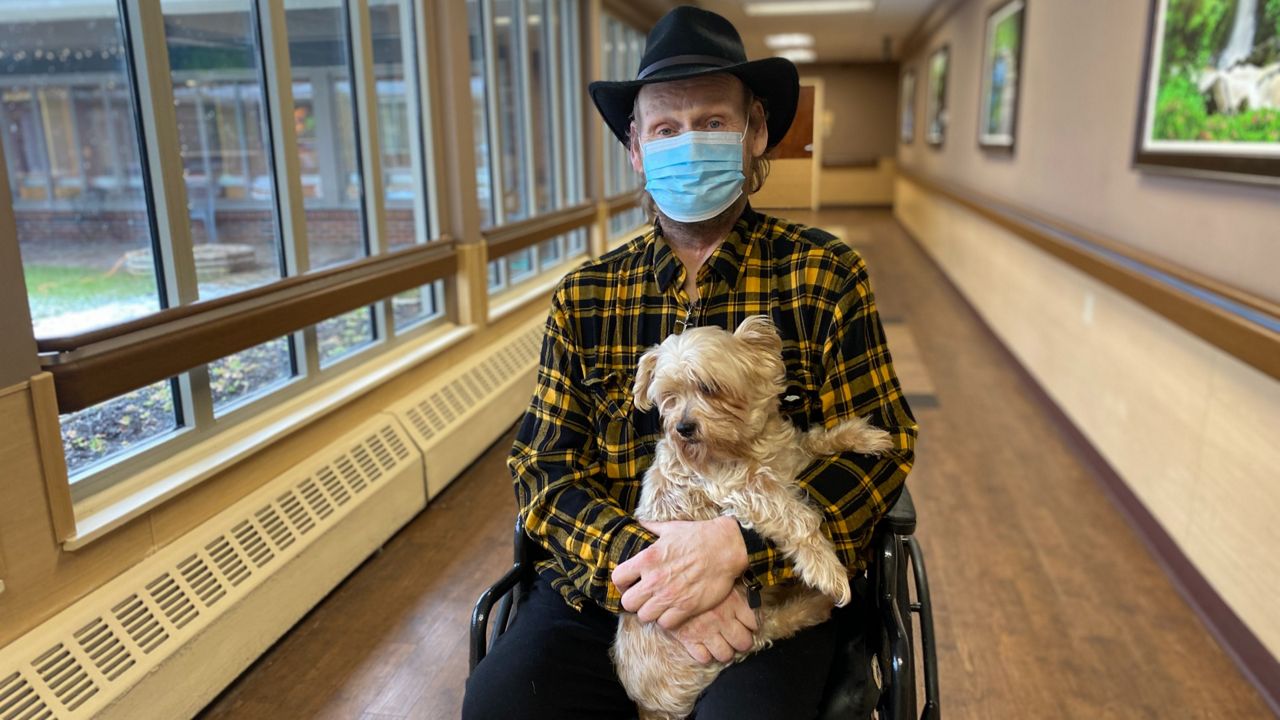 John Burley, a patient at the adult day healthcare at the Grand Rehabilitation and Nursing at Rome, was hospitalized right before Thanksgiving and was forced to give up his dog to the Rome Humane Society. Jennifer Smith, a registered nurse at the center, was notified by the patient and immediately took action to help the two reconnect.

Burley asked Smith to take care of Boomer for him.

“How can you say no to that? I said 'John, I will take care of Boomer for you," Smith said.

But John did not know where Boomer was. Jennifer searched for shelters and saw the Rome Humane Society, but they were closed.

“I went home with a heavy heart that night. I was sad. I have a 13-year-old dog at home. I have had him since he was nine months old. I couldn’t imagine my dog being taken away,” Smith said.

The next day, Jennifer went to the Rome Humane Society, and to her surprise, she found Boomer.

“I crouched down and I put my hand on the cage. And he came up to me and he licked my finger. I said 'where do I sign the adoption papers? I am here to adopt him," Smith said.

“I can see why John loves his dog so much," Smith added. "Boomer is fantastic. I walk through the halls with him on the wings and all the residents that are in the hallway, they instantly smile. I let each of them pet Boomer.”

Jennifer shared the news with John and two days later, she was able to take him home.

“A good lady because she watches out for me," Burley said.

They say a dog is a man’s best friend. For Boomer and John, that is certainly true.

John is still in rehabilitation. Jennifer said she will continue to take care of Boomer for him.