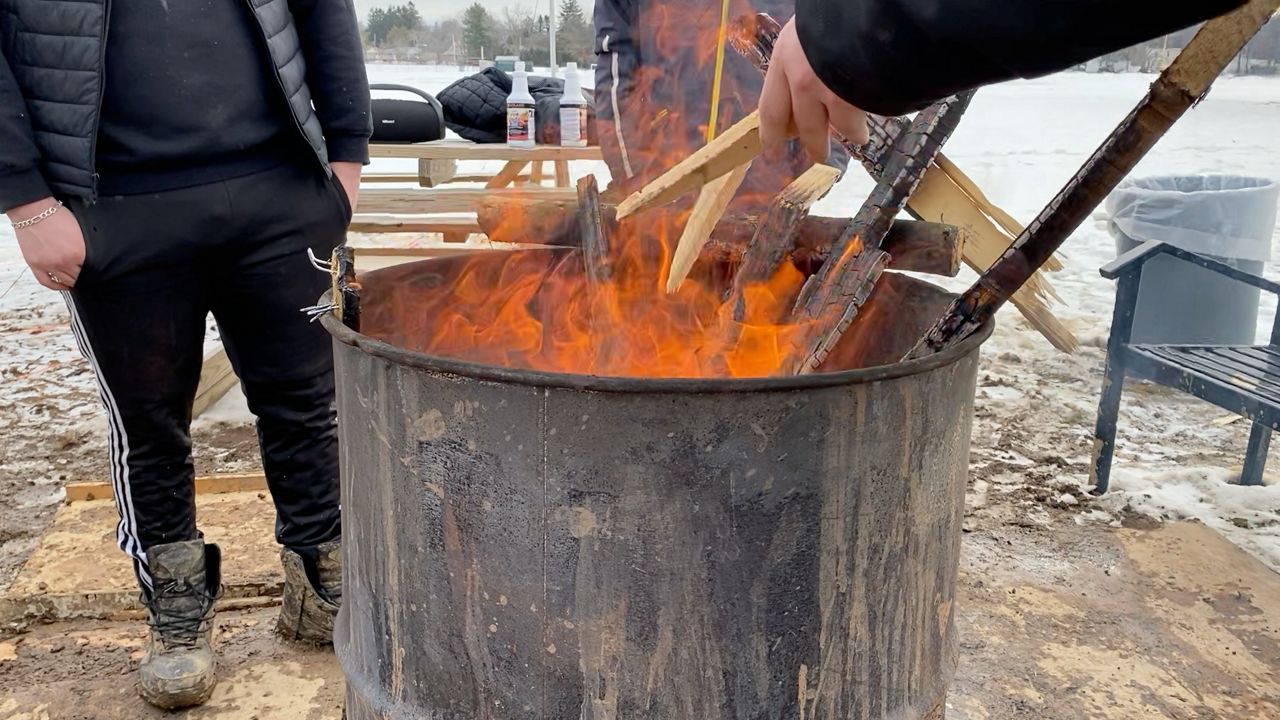 Utica College Students Camping for a Good Cause

At Utica College, you may catch students chopping wood every first week of March.

“We got some of them donated to us. Some of our alumni came by and dropped them off. The school also provided some so that was pretty cool,” said Utica College student Gabriel Romano of pallets he was chopping.

The pallets are being put to good use by Gabriel Romano and his friends.

The fire the wood is used for helps draw students over to their camp.

“It’s kind of a tradition, we always have a barrel out here," Romano said. "It says ‘AXP’ on it. People walk by, they see us camping out and they want to know what’s going on. When we tell them that it’s for a good cause we tend to get some donations, and they’ll supply us with like coffee or something.”

The students are members of Alpha Chi Rho, and are raising money for their American Cancer Society through their traditional “Deep Freeze” event where they camp out March 1-6.

Instead of doing something virtual, Romano says they wanted to camp out again this year to keep a sense of normalcy.

“A year ago today I lost my childhood friend to cancer," Romano said. My family, we had a couple people that we lost to cancer. My grandmother being one.”

The students camped out in the windy, cold weather, hoping to raise at least $2,000 for the American Cancer Society. They are students so that meant sometimes having to do homework outside.

“A lot of the professors are lenient," Romano said. "It’s not hard to tell who’s out here when you smell like smoke all day.”

The support makes it all possible.