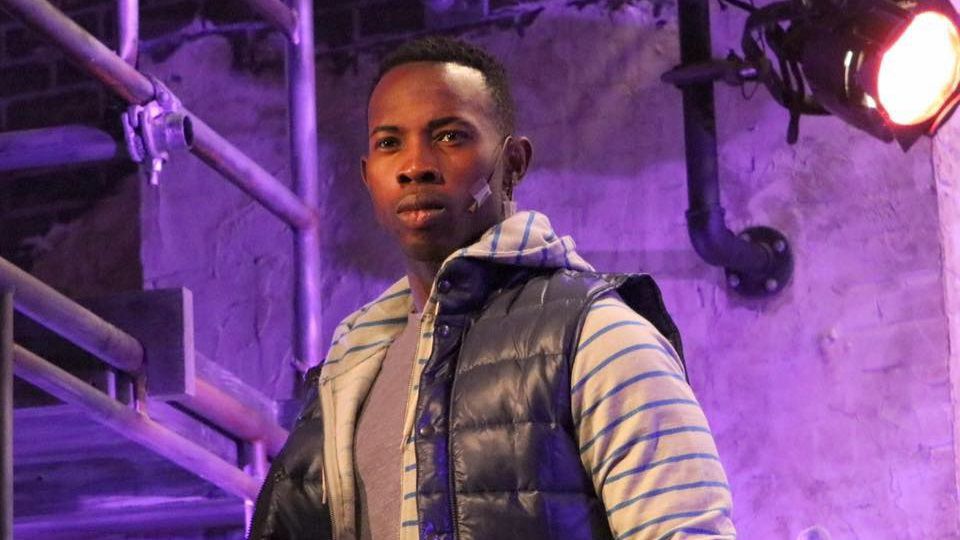 Jamal Shuriah in Rent at the Ivoryton Playhouse.

Broadway Performer in Need of Kidney After Donation Rejection

The season of giving is winding down but a young man from the Bronx needs our help.

Jamal Shuriah, a Broadway performer, received a kidney donation just before Christmas, a donation which should’ve saved his life – but it didn’t work.

Now friends and his donor – who he’s even never met – are rallying together to find Shuriah the match he needs to stay alive.

Rebecca Castonguay met Shuriah when they were both in a musical theater program at the Hartt School in Connecticut more than a decade ago. While she’s watched him pursue his Broadway dreams over the years from her home in Western Massachusetts, she also noticed things had gotten tough the last few years after he was diagnosed with a rare kidney disease.

"He woke up one day and all of a sudden, his body didn’t work properly," Rebecca Castonguay said. "It didn’t work the way he wanted it to work."

After waiting for a donor for three years, Shuriah's friend Sam Quiggins, a fellow performer, agreed to donate.

"Viewing anybody you care about or love go through something like that kind of gives you the inspiration to want to help," Quiggins said.

But Quiggins wasn’t a match. Luckily it didn’t matter due to what’s called a ‘Paired Match Donation’ program. So while Quiggins awaits his recipient, Shuriah was matched with someone he’d never met.

"I figured I’m healthy, I only need one kidney to live and I don’t think life should be a medical experience for anyone," said Kim Constantinesco, of Brooklyn. "People deserve to go after their dreams and their goals."

Constantinesco had signed up as a non-directed donor through New York Columbia Presbyterian Hospital.

"What that means is, I didn’t have a recipient in mind," Constantinesco said.

After several months of medical testing and psychological evaluation, Constantinesco got the 'OK' to donate and on Dec. 16, she checked in to undergo her surgery. All she knew was that a 32-year-old man would get her kidney.

"We were required to be there at about 5:30 in the morning and so I realized, pretty much as soon as I walked in – I just had this feeling that the guy standing in front of me was my recipient and so I ended up taking a picture of him," Constantinesco said.

Throughout the day, Constantinesco and Shuriah were side-by-side separated by a curtain pre-op and post-op – but still never met. With some detective work, she’d overheard his name and was keeping tabs on him after surgery, walking by his room to make sure he was doing OK.

Days later, she found a website called “Find Jamal a Kidney,” and learned the kidney she donated to him had clotted and died just four days after the transplant.

"My surgeon told me that it was just like a one in a million chance that the kidney would be rejected," Constantinesco said. "So at that point, my experience was really on the backburner. I just really put myself in Jamal’s shoes. He’s been waiting for a kidney for so long."

So she sent an email through the website hoping it would reach Shuriah. But first, it reached Castonguay.

"I assumed that she knew him and as I'm scrolling, I'm like, ‘Oh, this isn’t a friend of Jamal. This is a total stranger!’" Castonguay said.

Shuriah hasn’t been able to reply just yet. He’s receiving daily dialysis, still in the hospital. He posted an update on his Facebook page on Wednesday after a nearly four-hour-long session.

"I'm feeling better, I still can't walk yet, but I'm getting there," Shuriah said in the video.

Now Constantinesco and Castonguay are in touch, working together to help find Shuriah find his new match and raise awareness about the need for living kidney donors.

This past week, they launched a social campaign called ‘Kickin’ it for Kidneys,' asking people to make short dance videos and tag friends. A nod to Shuriah's love for dance.

Castonguay says she hopes people, no matter who they are or where they live, will consider donating not just to Shuriah, but to anyone as a living kidney donor.

"Even though I may not be physically related to him, he still feels like family because he’s a part of the Hartt family," Castonguay said. "We’re not gonna stop until he’s well."

As for Constantinesco, she’s not stopping either. She may not even know Shuriah yet, but as an avid runner...

If you're interested in learning more about Jamal Shuriah's story and potentially applying to be a match, you can find more information at FindJamalAKidney.com. Shuriah is B+ and needs a B+ or O donor to match.

You can also contact New York Columbia Presbyterian Hospital at (212) 305-6469 or on their website and indicate that you'd like to direct your donation to Jamal Shuriah.

According to the National Kidney Foundation, 13 people die each day while waiting for a kidney and more than 3,000 new patients are added to the national transplant list each month.