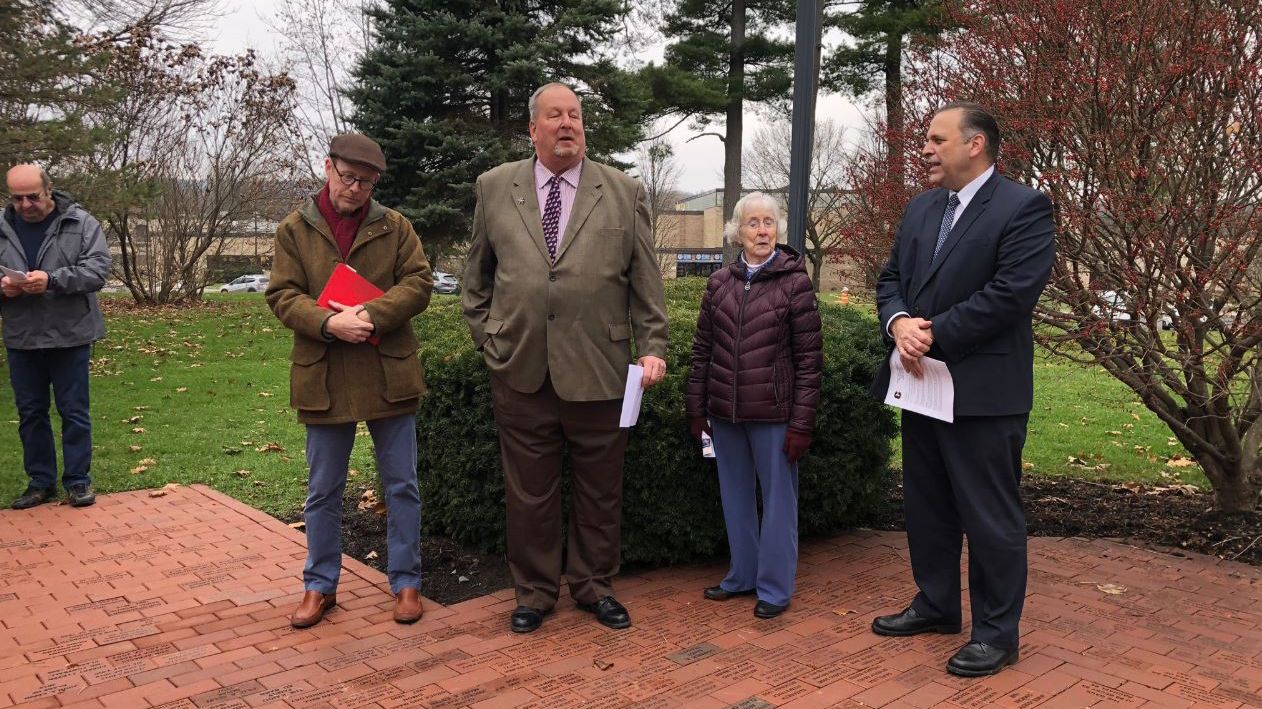 A Clinton High School graduate is being remembered for his heroic efforts on September 11, 2001.

Edward Porter Felt graduated there in 1977. Felt was a Colgate University and Cornell University graduate, too. He was a Computer Systems Engineer. Despite those accomplishments, his brother, Gordon Felt, said his family was his true pride and joy. "His passion was his family. Ed loved his kids, his wife, more than anything," Gordon said.

Edward Felt was onboard United Arlines Flight 93 when it was hijacked that day.

Gordon said Felt and other passengers worked together to divert the plane from its intended target. "We know they voted. We know they prayed together, and then we know they fought," Gordon said. The plane crashed in Shanksville, Pennsylvania.

Edward Porter Felt, a Clinton CSD graduate, is being remembered as a hero for his actions on 9/11. Sadly, Porter died. He was on Flight 39. A memorial is being established in his honor. His brother shares Felt’s story today on @SPECNewsCNY pic.twitter.com/KMySySBZXW

Felt reported what was going on to the Westmoreland County 911 Center.

His actions along with those of the other passengers are being honored outside of the Clinton Central School District.

The school district is working on a memorial for Felt and is creating a scholarship in his name.

"Educationally, when students have meaningful connections to what they're learning about, it helps them understand better and remember," said Clinton Central School District Superintendent Dr. Steve Grimm.

The plan is to create a memorial with an engraved Dakota Mahogany Granite bench, a stone from the crash site memorial, and an informational pedestal.

"To be able to look at what Edward did, and how he impacted what happened on that day, I think that's one of the most important messages is that you are important, and you can make a difference," Grimm said.

"It's inspiring what Ed and those 39 other brave souls did that morning, and it gives some comfort to know that they fought back," said Gordon Felt. "They didn't let the terrorists dictate the terms on how their lives were going to end."

A dedication event is planned for the 19th anniversary of the attacks next year.

A fundraising campaign is underway. Donations can be made at www.ccs.edu/september11th or mailed to: