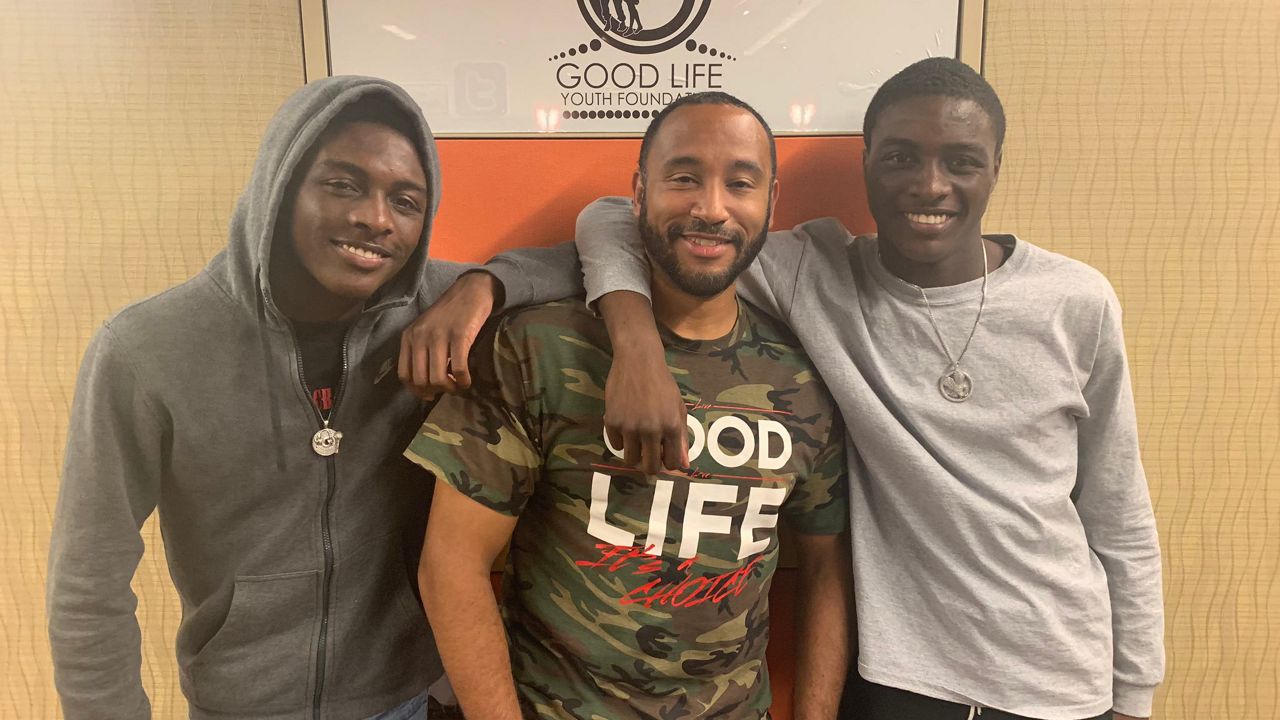 From Struggle to Success: After Onondaga Teens Face Legal Trouble, This Program Steps Up

Trameir and Travon Harrell were putting their skills to the test.

"The recent programs we've been doing is the graphic designing,” said Trameir. “We're learning how to use Photoshop."

I gave you an inside look of the Hillbrook Juvenile Detention Center Monday. Now, I’ll introduce you to teenage twins who’ve gone through the legal process many times. But these past 2 years have been a life-changing experience for them. Watch the full story on @SPECNewsCNY. pic.twitter.com/V3wKfAmpkB

But ask the Harrells what they were doing two years ago.

"We was menaces to society and our community,” said Travon.

Growing up in Syracuse was tough for these twin brothers.

"Just around a lot of negativity,” said Trameir. “That's what I led into and made some bad decisions along the way."

That landed Trameir in the Hillbrook Juvenile Detention Center at just 13 years old.

Both their lives spiraled out of control until community programs saved them.

"We have the 315 Lift program where we work with kids who go through the legal process in some shape or fashion,” said Azariah Yemma, the Good Life Youth Foundation program director. “We take them and pair them with a life coach."

The director said life and business skills are taught through hip-hop culture.

"If I never got introduced to this program, I'd probably be somewhere where I don't want to be,” said Trameir.

"It's to the point where the people in this program aren't just people, they are family,” said Travon.

"In twoyears, they went from kids that nobody wanted to deal with,” said Yemma. “They started to change over time. We go from not going to school, having a lot of issues in school, now they're high flyers."

The foundation has mentored 40 Hillbrook residents over the past four years.

They say the youth recidivism rate in three of Syracuse's poorest zip codes dropped about 30 percent since 2013.

These young survivors are taking hold of that second chance.

"When we was young, they doubted us and looked at us as they bad. They're the bad twins,” said Travon. “We're here now to show them that we ain't the same.”

The twins have a list of goals. Trameir wants to go into the music industry while Travon is interested in culinary.