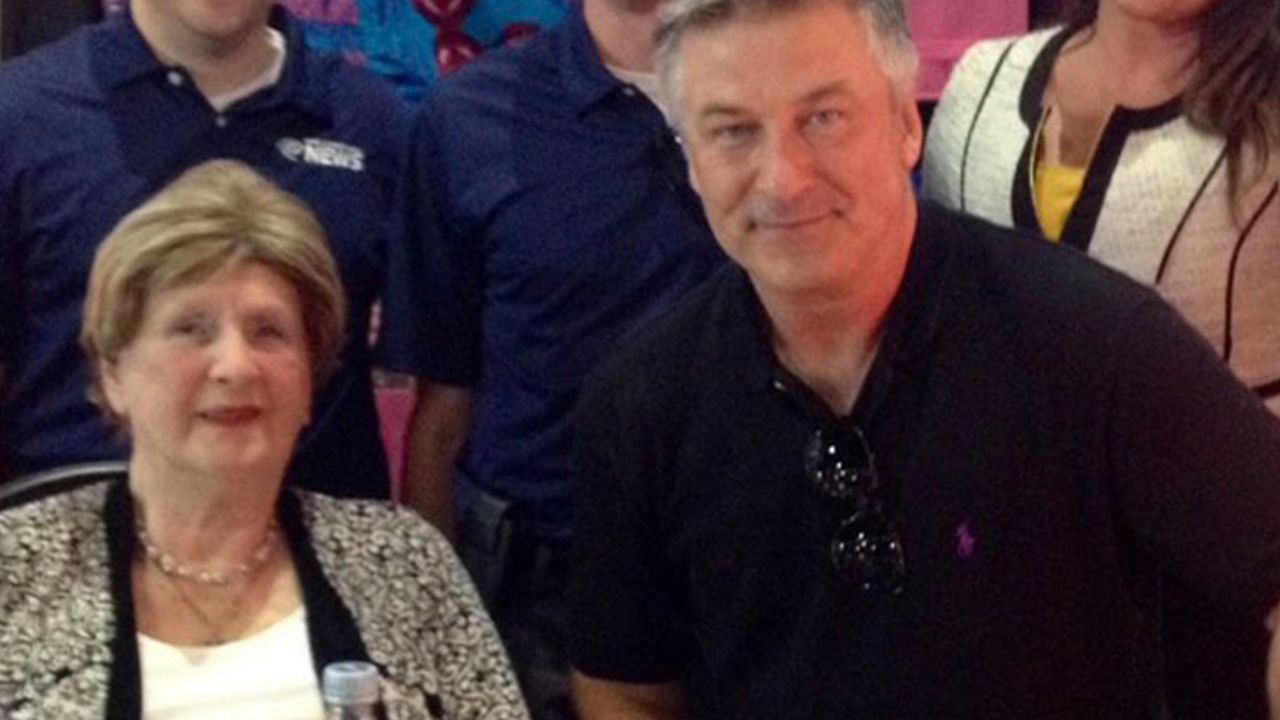 Carol Baldwin, the matriarch of the now-famous acting family and the founder of a Central New York breast cancer research fund, has died at age 92.

My mother passed today. We will miss you mom pic.twitter.com/3W1tbAdy9t

Baldwin, mother to actors Alec, Billy, Daniel and Stephen Baldwin, was diagnosed with breast cancer in 1990. After surviving it following a double mastectomy, Baldwin founded the Baldwin Breast Cancer Research Fund in 1996.

She moved back to Syracuse as her children grew, according to Stony Brook Medicine, and also helped form the Central New York chapter of the Susan G. Komen Breast Cancer Foundation.

Numann said Baldwin also had a fabulous sense of humor and a go-to spirit.

“She was always willing to do anything. She rode in the side car of the motorcycles for the ride for the cure. She would just do anything to be supportive of breast cancer research and raising the money,” Numann said.

After Baldwin was diagnosed with breast cancer in 1991, she became involved with the Coleman Foundation, but later decided she wanted to start her own.

“She came to me and she asked me about that and I said, 'well, Carol, I think if you really want to do something special, you raise money for breast cancer research, because it’s through research that we are going to cure breast cancer,” Numann said.

In 1996, Baldwin started the Carol M. Baldwin Breast Cancer Research Fund with the help of Numann, who found people to do the research.

“We developed a really special friendship over passion, her raising money for breast cancer research and me being able to find the wonderful scientists at [Upstate Medical University] who would do that research. And truthfully it has been just great,” Numann said.

She said Baldwin faced a lot of challenges when it came to her health, but she always had a great attitude.

“She seemed to have a lot of fun with life. I mean you’d see her at an event, she would always have the right make-up, the right dress, be sassy, dance, be joyful and that was just the great thing about Carol,” Numann said.

The Baldwin Fund has raised more than $3.5 million to support breast cancer research for dozens of Upstate faculty members in a two- decade association with Upstate.

“My mother taught me about second acts. And third ones, too," Alec Baldwin said in the post. "She spent the last 25 years of her life as a fighter and a champion for the cause to which she devoted so much energy. We are all enormously proud of her accomplishments.”