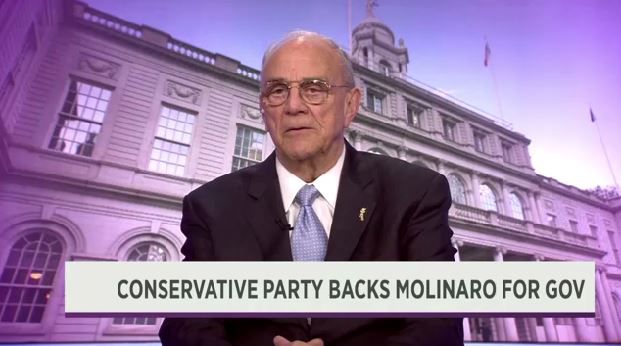 Monday, the state Conservative Party announced that it's backing Dutchess County Executive Marc Molinaro for governor. Molinaro's Republican rival for the nomination, Senator John DeFrancisco, called it "disappointing" and said he thought he had a good record with the party.So joining us to explain why the Conservative Party is endorsing Molinaro over DeFrancisco is chairman Mike Long.