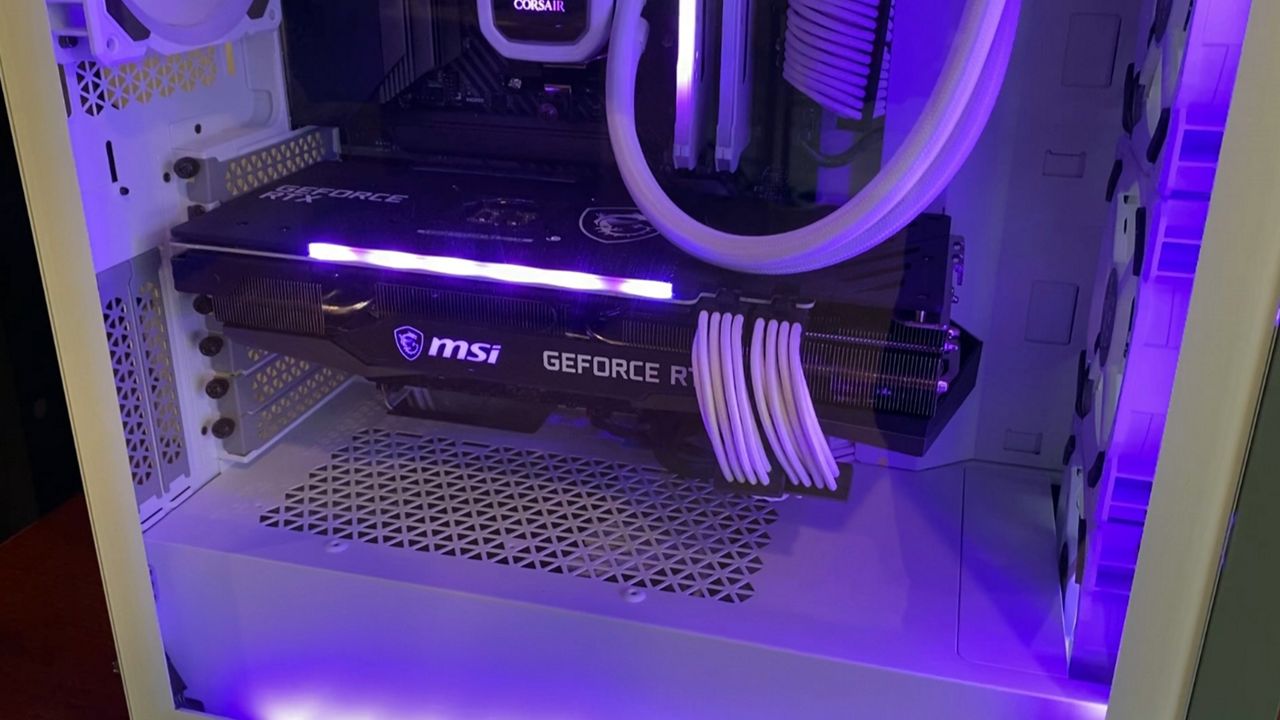 Robert Scott has been building gaming computers for more than 30 years. His business, Genetic Computers, customizes rigs based on the client’s needs.

“To see how the technology has advanced with these games, it’s just incredible,” says Scott.

While he’s built and sold more computers than he can count, the process is a bit slower these days. That’s because of a shortage of graphics cards, the component that allows an image to be put on a display.

“Literally, they’ll drop cards on the website, and within seconds, you click on the link to go to buy the card, and the cards are already gone,” says Scott.

The problem has been going on for several months. The cards, which usually are sold for about $700, are being resold for as high as $3,000 because of the shortage. They are out of stock for a whole host of reasons, many pandemic-related. The U.S. relies on overseas manufacturers, and it’s not just the gaming community that’s waiting.

“The fact that most of these chip manufacturers are overseas is greatly affecting all of the manufacturers in the United States, because one of the key components of the card [is] the semiconductor chips that nobody can get their hands on,” says Scott.

The U.S. relies on the overseas production of semiconductor chips.

Video cards that go for $700 are now reselling for $3,000. The stock isn’t expected to reach demand until 2022. pic.twitter.com/lsW4OgGLNH

“What’s happening now is the production of the new TVs and the new computers and the new gaming systems are almost impossible to find,” says Scott, “You saw that with the PS5 back at Christmas. It was the hottest gift, and now no one can get it.”

Some anticipate it taking until 2022 for stock to catch up with demand.