Delay of game: How weather can impact football

You may have heard of the term “football weather” before, but that doesn’t mean the conditions are always the easiest to play in.

Very rarely are football games canceled due to the weather, which means the coaches and players need to be able to roll with the punches that Mother Nature throws at them.

One key player that comes to mind is the quarterback. High winds can cause the ball to fall short or sail well past the intended target, but it can also change the direction of the ball mid-air.

As a result, there is a noticeable downward trend in all passing stats (passing yards, yards per attempt, passer rating, and completion percentage) as the wind speed increases.

It’s not just quarterbacks that are negatively impacted, as the wind speed and direction can make a placekicker’s job increasingly difficult.

Plus, rain and snow can make the football slippery, which can negatively impact a quarterback’s ability to throw the ball. Not only does wet weather make it tough for the quarterback, but it won’t make it easy on the offense to catch the ball or maintain possession of it either.

From both a defensive and offensive standpoint, it can be tough to make those crucial plays if players are constantly slipping on a slick field.

If the rain or snow is coming down heavy enough, it can quickly reduce visibility. Not only does that make it tough for a quarterback to see their intended target, but it will make it difficult for the receivers to catch a ball they can hardly see.

While teams that play in domes don’t have to worry about the weather quite as much, it can still put them at a disadvantage. When they visit a stadium that doesn’t have a dome, it can be tough to adjust to any negative weather conditions because they aren’t used to playing in it.

While on the road, domed teams only win about 20% of games played in bitterly cold temperatures. If it’s cold enough, a player’s grip strength can diminish by half in as little as 15 minutes.

Cold weather will also cause the body to burn glucose about 5 times faster, leaving players with less energy. Reaction times can drop by 45%.

Coaches also have to adjust to any less-than-ideal conditions that may develop. As a result, you may see coaches calling more plays that focus on the running or short passing game instead of the quarterback trying to throw a ball way downfield.

It takes really bad weather to put a football game on pause or to cancel altogether. The top offender for a delay of game is lightning, so more often than not, players and coaches have to make do with the bad conditions. 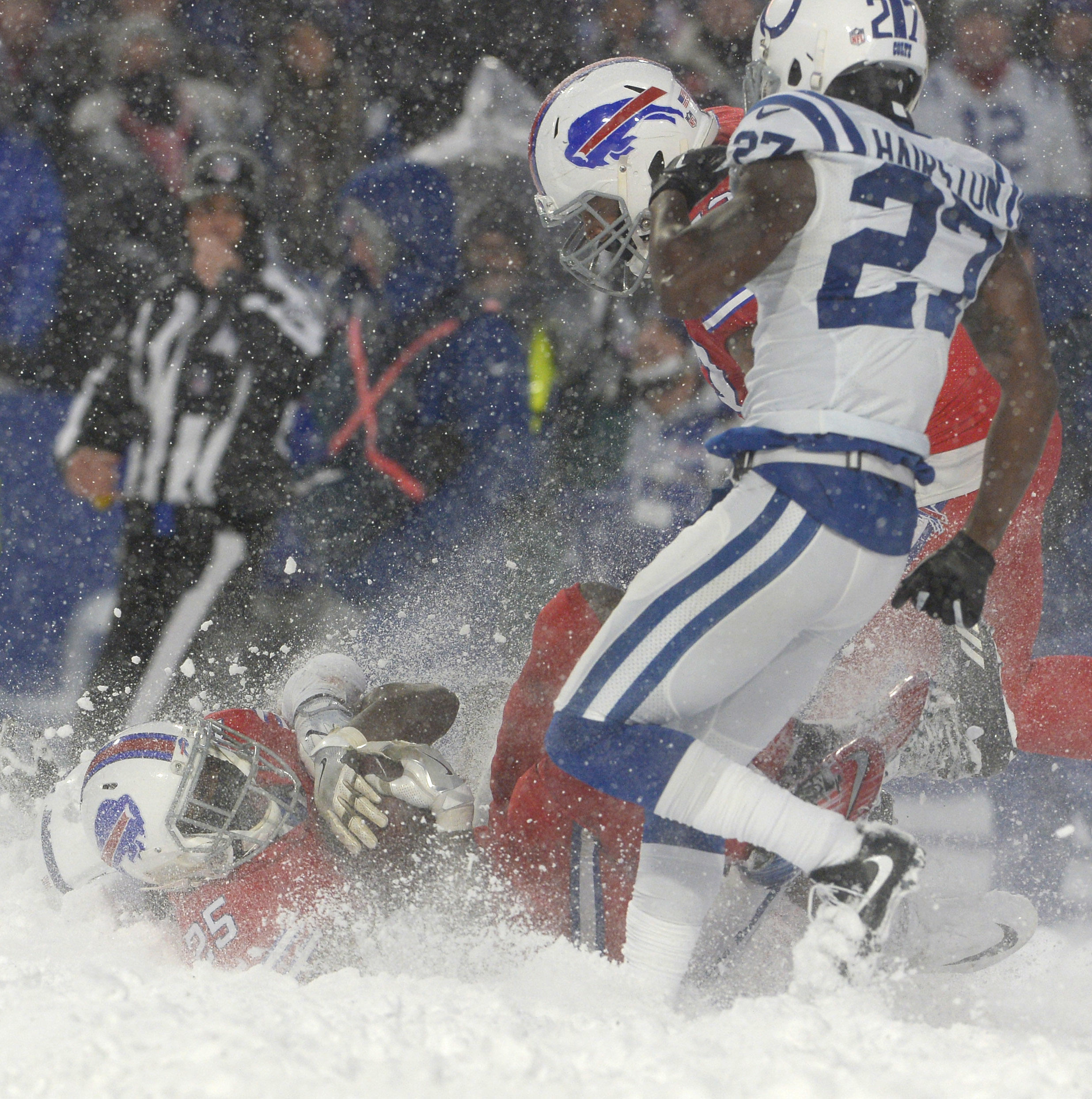 Need some examples? The 1967 Ice Bowl game saw five players get treated for frostbite after the game, and the refs stopped using their whistles because the metal was freezing to their lips.

To add insult to injury, the underground turf heating system at Lambeau Field malfunctioned. By the end of the game, players were sliding around on an icy field.

The 1988 NFC divisional playoff game between the Chicago Bears and Philadelphia Eagles saw a dense fog take over during the second quarter. That cut down visibility to just about 15-20 yards for the rest of the game.

There are a few games referred to as the Snow Bowl. In more recent memory, one of those games was between the Buffalo Bills and Indianapolis Colts back in December 2017. Intense lake-effect snow drastically brought down visibility and resulted in 16 inches of snow falling in Orchard Park, with 8-9 inches of that falling during the game.