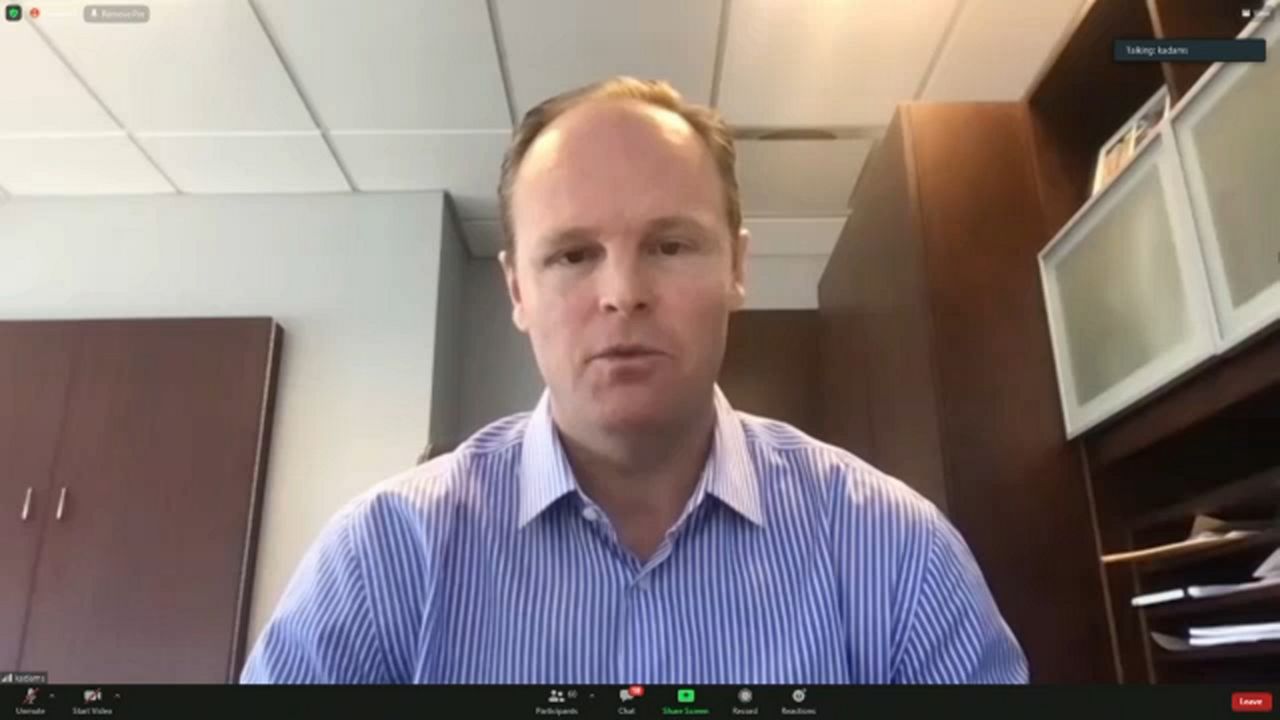 BUFFALO, N.Y. — Jack Eichel's comments shook up the hockey world on Monday, and on Wednesday, the Sabres gave their side of the story.

During his end-of-season interview with reporters, Eichel admitted that there was a "disconnect" between him and the organization stemming from Eichel wanting to get surgery on his neck. Eichel herniated a disc during a game in early March; according to GM Kevyn Adams, the team's medical staff thought a "conservative" approach would be best — rehab without surgery. Eichel asked additional doctors, and was told surgery would be the best long-term option.

Adams says the Sabres weren't comfortable with the procedure Eichel wanted, because it has never been performed on an active NHL player.

"These are highly-regarded medical professionals that all agree on the same thing," he says. "That conservative care is the proper step of where we needed to go."

While Eichel hasn't publicly requested a trade, he was noncommittal Monday while speaking about his future with the Sabres. If that changes, Adams says his team has enough young pieces to offset that loss.

"We have a core of young players that are just scratching the surface of who they are,” he said. “They’ve been in the league a little bit. There’s players that are veteran-type of players who’ve been through a lot here. Understood. But we’re going to get this right with the players that want to be here."

The other big question facing Adams is who will be his next head coach. Interim coach Don Granato has made his case by outperforming expectations with a depleted roster, giving young players expanded roles with improved results (particularly with Casey Mittelstadt, Rasmus Dahlin and Tage Thompson).

"I coach as if I’m going to be here next season," says Granato. "I wouldn’t want to be standing behind a bench in October and not have taken advantage of this opportunity to get these players valuable experience playing against top teams."

"Are they the right head coach with the team that you have? Every coach has positives and negatives," says Adams. "Does that line up with the current construct of our team? Certainly we have a lot of young players.”

That line of reasoning seems to rule out coaches like John Tortorella, the recently-fired Columbus bench boss who excels with veteran-heavy teams who are playoff-ready. Adams says he will speak with people outside of the organization, but expects Granato to be a leading candidate for the position.