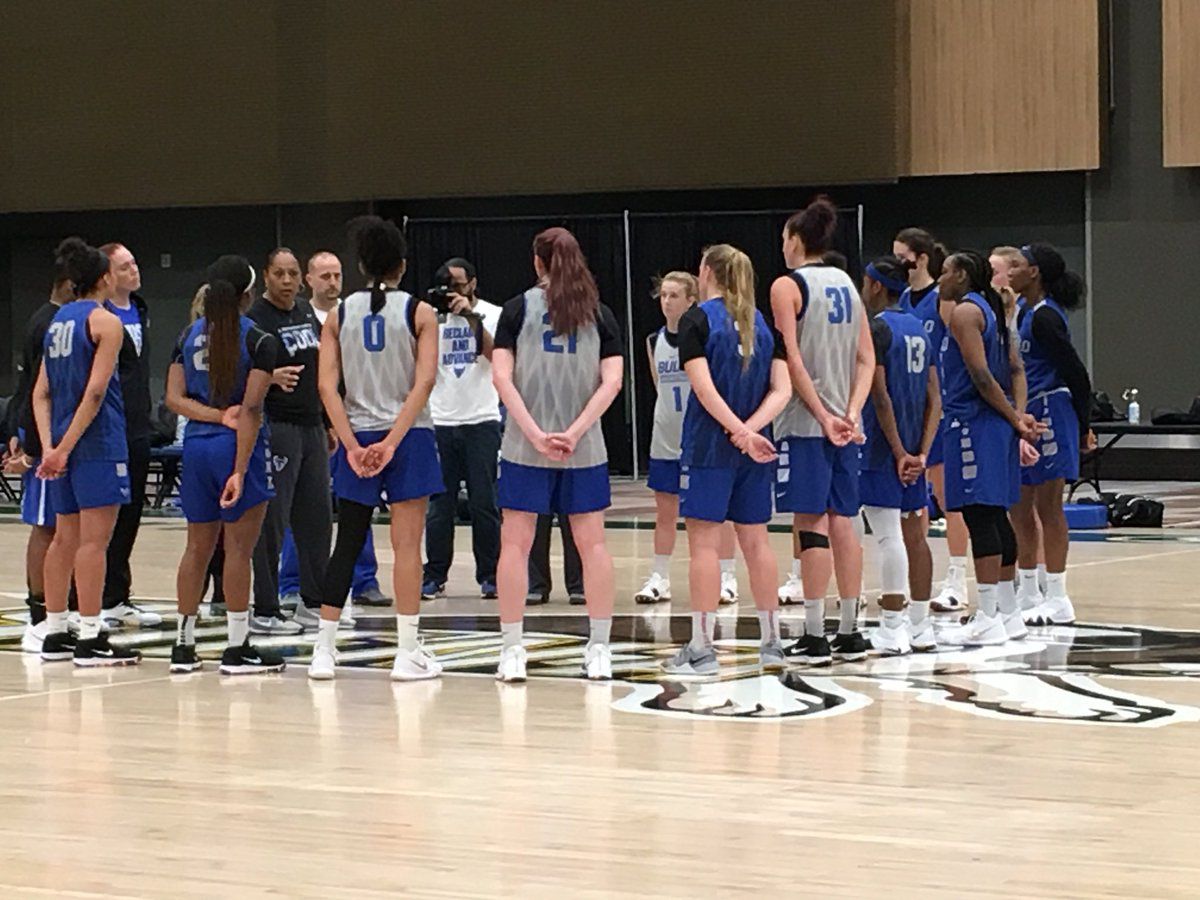 If the Bulls can knock off the defending national champions on Saturday, don't call it an upset -- the Bulls are an 11-seed, but they bashed their way to the first Sweet 16 in school history.

Players might be the only ones giving themselves a chance against South Carolina.

"We've finally believed in ourselves. We know that from the start of the season, we've been the only ones. Some people believed in us, but coming from the outside, it doesn't surprise us to be here. We know it surprises everyone else, so we want to keep shocking the country, honestly," said senior guard Stephanie Reid.

The Bulls were better than expected during conference play, and the team got a target on its back. Players say it's more fun to be the underdog, like each of the first two rounds. Even though the Bulls won each of those games by more than 20 points apiece, UB was not expected to win either of those games. They're also not expected to beat the Gamecocks this weekend.

"We're used to this situation where the team we play is supposed to be better than us. We don't think about that, good or bad. We just look at who we are, what we've come to do. We don't put an emphasis on our opponents," said Coach Felisha Legette-Jack.

"Coach always prides herself as not being a mid-major coach, she's a coach that coaches high-caliber players. With people on our team, we have skillful players, hardworking players. When you put that together with the passion and energy that she has, you can upset some people. That's what we're doing," said junior guard Cierra Dillard.

Not many people think the Bulls can knock off South Carolina -- then again, not many people though UB would win its first ever tournament game, and follow it up with another win.

"People don't expect much from you, and then you come out and play your game. They're like 'oh, that's a shock.' That's really cool. We're the underdogs, but we can show big things. I think we've done that," said senior center Cassie Oursler. "It minimizes the nerves. You can just come in and you leave it all out there. If it's enough, it's enough. It has been by quite a good margin."