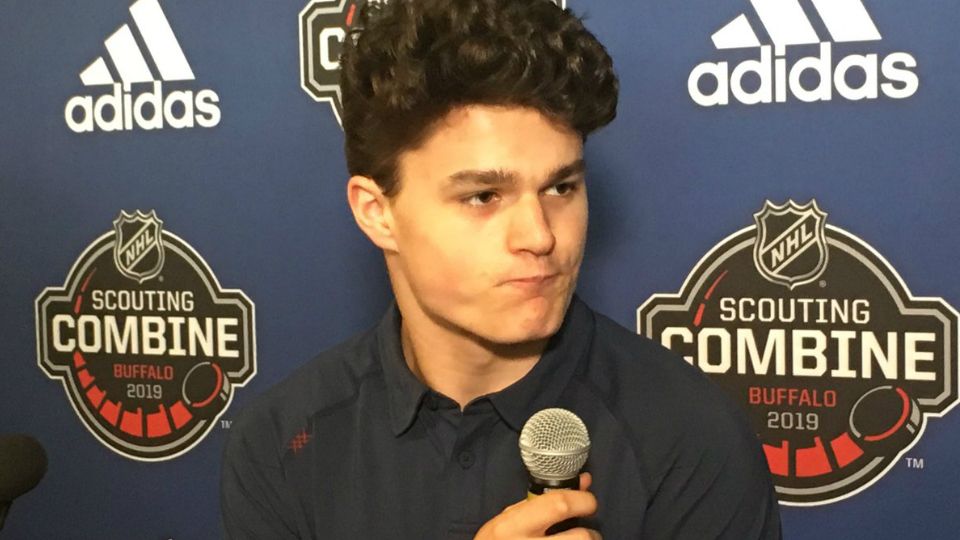 Center Alex Turcotte is considered a top-four pick by most experts and I've been told the Sabres really like him and would even move up to select him — but why? Well, his numbers for the USA Hockey National Team Development Program speak for themselves.

Twenty-seven goals, 62 points in just 37 games — in his own words he's exactly what you want in a young forward.

"I like to play both sides of the puck really well. I think offensively I can make my teammates better. I view myself as a really high-end playmaker and then I think I am also really responsible in my own end and on the defensive side of the puck,” he said.

C Alex Turcotte is feeling the #Buffalove at the #NHLCombine and seems to be very familiar with the #Sabres young core. pic.twitter.com/klQnSdPFhF

Turcotte, whose father was a first-round NHL Draft pick back in 1983, stands just under 6’0” and 200 lbs., which may sound small, but speaking to several of his teammates at the scouting combine, the 18-year-old was overwhelmingly called the most competitive on the squad, almost to a frustrating level.

"I think it is just how I am made. I am really competitive and internally driven. I just want to be the best and I think that is what motivates me. I know my teammates get annoyed with me sometimes in practice, but I think they appreciate it because it pushes them too,” said Turcotte.

Turcotte plans on attending the University of Wisconsin next season, but listening to Dan Marr, the head of NHL Central Scouting, it's probably a short stop in Madison.

"He has an ability to read the play, go out there, and make the right decisions to execute the plays. He just has a really good understanding of the game, his speed, his skillset there, there is a little bit of deceptiveness there that is hard to defend against,” said Marr.

The one knock you might find on Turcotte is a minor injury bug — a hip issue cost him a lot of last season, but as I said he still averaged 1.67 points per game and helped USA win three medals his last three years.

Up next, we take a look at defenseman Bowen Byram.