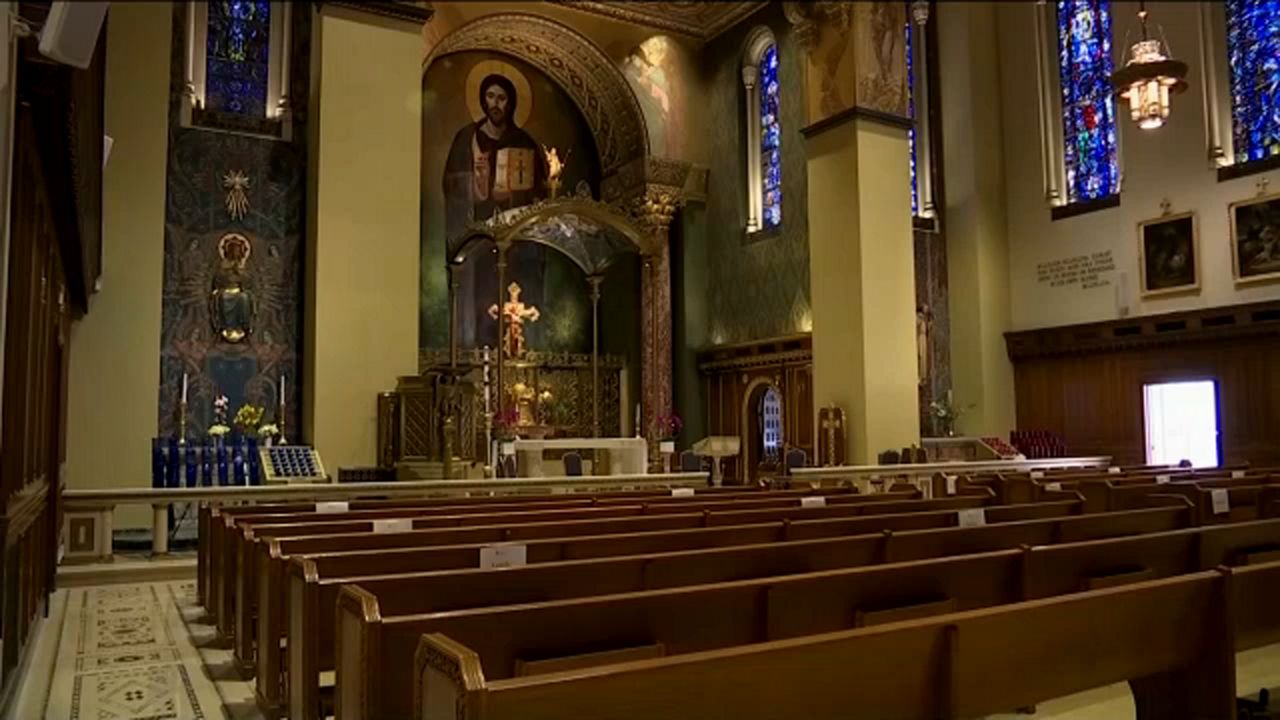 BUFFALO, N.Y. —  Buffalo Bishop Michael Fisher is outlining his plan for a road to renewal within the Diocese of Buffalo.

The Movement to Restore Trust hosted a virtual conversation with the bishop Saturday to share his pillars for change with parishioners.

The Catholic Diocese of Buffalo filed for chapter 11 bankruptcy last year after more than 250 lawsuits were filed by clergy abuse survivors under the Child Victim’s Act.

Fisher is asking for local Catholics to help guide their future by creating a family of parishes.

Groups of area churches will share resources for education, ministry life and a renewal of healing in the diocese.

"There are going to be lay leaders that are formed to help guide parishes in this renewal,” said Father Bryan Zielenieski, Catholic Diocese of Buffalo vicar of renewal and development. “So, there will be opportunities from the beginning all the way through for that lay engagement, and that's going to be crucial moving forward."

'I know the conversation is there,” said Bishop Michael Fisher of the Catholic Diocese of Buffalo. “I am open to meeting with victims, survivors who would like to meet with me, and I'm very interested to hear what they need to help, to help so that I can be, hopefully, an instrument of healing and part of our conversation with this."

The diocese hopes to issue a family of parishes draft plan in July and finalize it by September.

Diocesan officials say the plan will then be phased in over the next three years.

The Buffalo Survivors Group responded to the bishop's plan.

The church's program aims to restore trust, but some survivors of sexual assault say that is impossible to do without acknowledging the travesties of the past.

They say the only real person who can make any changes in the church is the pope, and the group says he won't do that without pressure from followers.

"Stop going. Stop supporting them. That's when change is gonna happen," said Kevin Koscielniak of Buffalo Survivors Group. "I'm putting it on the shoulders of the people now. We will continue to fight. The church knows they have the majority. They know we're the minority. But the majority of people still support and they know they have that."