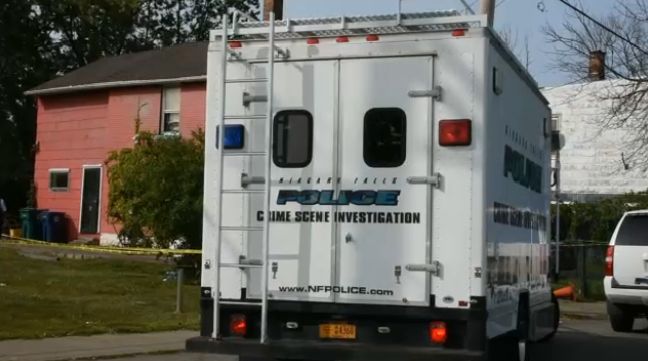 Niagara Falls Sees Uptick in Homicides Over the Past Year

NIAGARA FALLS, N.Y. — An uptick in violence has hit the streets of Niagara Falls. According to police officials, the number of homicides this year has dramatically increased since last year and previous years.

Niagara Falls has seen 12 homicides this year. One of those happened Tuesday on Highland Avenue. City officials say this area is commonly referred to as the "Red House" and has been the site of several shootings in recent weeks.

"I can tell you one homicide a year is too much," said Niagara Falls Mayor Robert Restaino.

Each of the last two years, the Falls had four homicides. Police officials say in 2018, two of the homicides were actually drug overdoses but because they were able to tie them back to a source, Niagara Falls Police were able to bring up charges that classified these cases as homicides. Restaino says there could be several factors at play.

Other cities are seeing similar trends. Buffalo has seen a 30 percent increase in homicides this year, bringing the total to 44. In 2019 there were 31.

Restaino says they're working to stay ahead of known issues and problems, he made a reference to actions the city has taken to stop violence at "Red House".

"The property is now condemned and we're going to take the necessary steps to make sure that it doesn't continue to be a problem for the community," Restaino said.

Restaino added that at the end of the day, they will never know the driving force for these violent crimes but the effort to bring solutions will continue.

"If I knew the reason why these numbers are up ticked, I would share that with every mayor in America," he said.