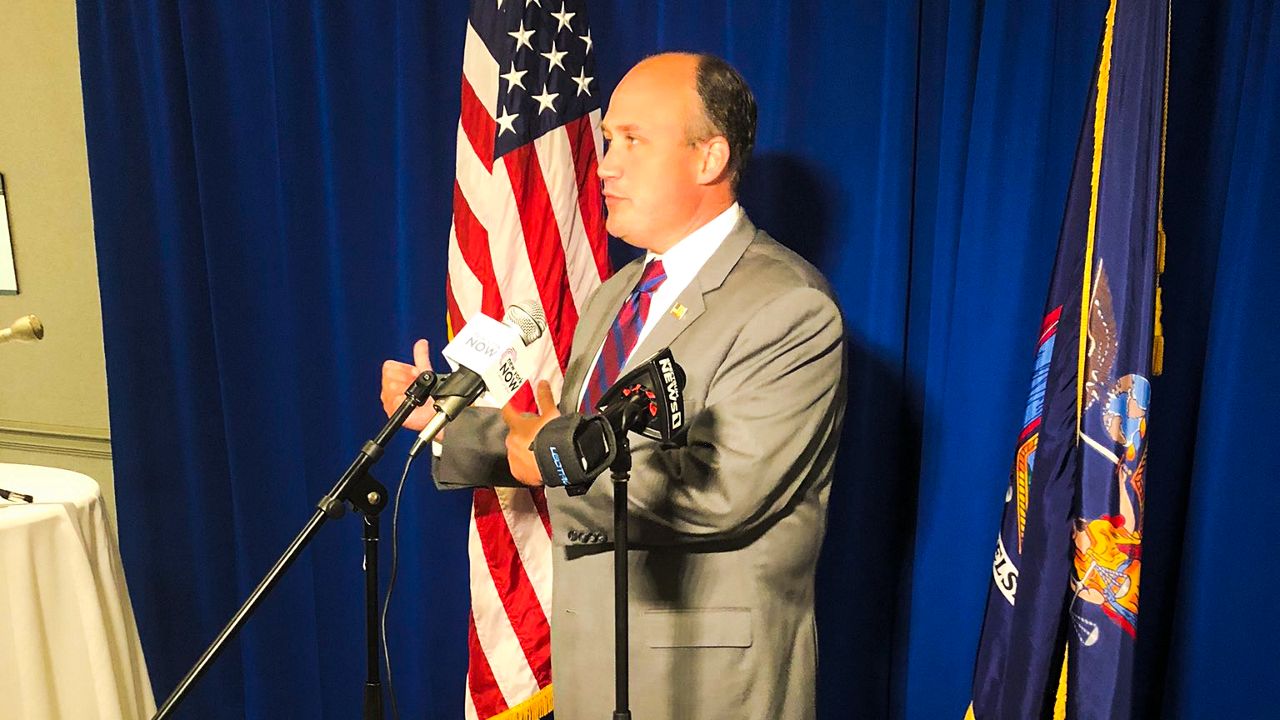 CLARENCE, N.Y. -- Congressional candidate Nick Langworthy said in the new 23rd District that spans seven counties and two television markets that he believes it's very important he and his opponent get a chance to get directly in front of voters and debate.

"I'm calling on Carl, come on out of hiding, get out of the basement of the Ellicott Square building. Agree to debate, any time, any place. You have a lot to say behind your spokesman, but it's time for us to go and have this conversation in front of the voters of this district," Langworthy said.

He wants to have a debate in each county in the district, but so far Paladino hasn't agreed to one.

In a statement, Paladino's spokesperson called the demand for seven debates "ridiculous" and a political stunt from a "desperate candidate."

He said Langworthy should drop out of his "silly vanity project campaign" and focus on his job as state chair electing Republicans. Burra called it a disgrace that he is instead attacking a fellow party member.

"It's pretty tough to play the tough guy routine that Carl likes to do, you know, the school yard bully, and not be willing to stand up and have a real serious conversation," Langworthy said.

Paladino, typically known for being outspoken, has been on camera sparingly as a congressional candidate, and reportedly told another news outlet this week he is not doing any interviews with media. Langworthy said the last candidate to adopt that strategy was former Rep. Chris Collins while he was under indictment.

"The last thing we need is another millionaire hiding behind his checkbook trying to buy an election," Langworthy said.

Paladino also points to the campaign's internal poll claiming he has a 30-point lead. Langworthy calls the polling "nonsense."