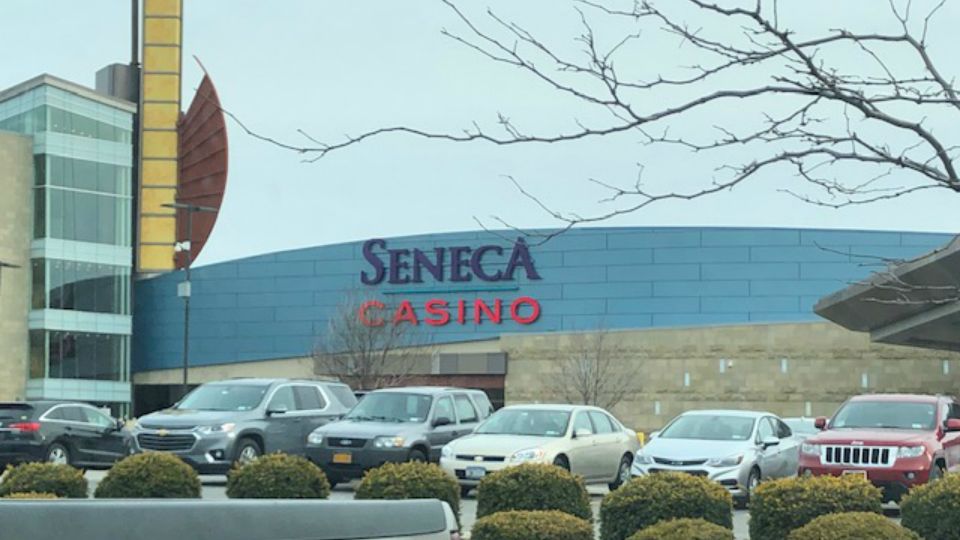 BUFFALO, N.Y. — After New York State froze bank accounts of the Seneca Nation, including its gaming operations, the Seneca Council released more than $564 million in disputed casino revenue sharing it was holding.

Seneca President Matt Pagels noted shortly after New York received the money Tuesday, Gov. Kathy Hochul announced she plans to use $418 million of it to fund more than two-thirds of the state's $600 million share of a new Buffalo Bills stadium.

"After intentionally and unnecessarily holding the Senecas and thousands of Western New Yorkers and families hostage for several days by strangling various bank accounts held by the Nation and our businesses, Governor Hochul couldn't contain her excitement to boast about her Seneca ransom money for a new stadium," Pagels said.

In 2019, an arbitration panel ruled the Senecas did have to continue paying 25% of slot machine revenue before overhead costs to the state, despite no language in the gaming compact explicitly laying out payment terms or timeline starting in 2017. The Senecas failed to get the arbitration vacated in federal court and agreed earlier this year to the back payments.

However, they said they were waiting for the U.S. Department of Interior to make a final determination on the compact's legality. The governor's office said she attempted to settle the issue amicably but was forced to take the actions when the Senecas missed the deadline to pay they had agreed on.

Radio host and native rights advocate John Kane said the goodwill between the state and the nation may have been a little overstated at the time.

"When the announcement was made to the Seneca people that they were going to go ahead and release these funds to begin negotiation of the new compact, there was outrage and a significant amount of outrage," Kane said.

Kane said Hochul's tactics were heavy-handed and threatened not just the Seneca Nation, but the thousands of people — most not Senecas — the Nation employs in the region.

"She's trying to play politics and let's face it, she's trying to, on one hand, cripple one of the largest employers of Western New York and then cast herself as the hometown hero who's going to produce the money for the Bills stadium," he said.

Pagels said a new stadium funded with the casino money "will be a monument to Albany's vindictive desire to punish the Seneca people." The president also noted the governor's husband works for Delaware North, which makes money both on video lottery terminals that cut into the Senecas gaming market and contracts with the Buffalo Bills to serve concessions at the stadium.

The governor's office said the money goes into the general fund which is technically at her discretion to spend, but funding and approval of the new Bills stadium will continue to be part of the budget conversation with the Legislature.