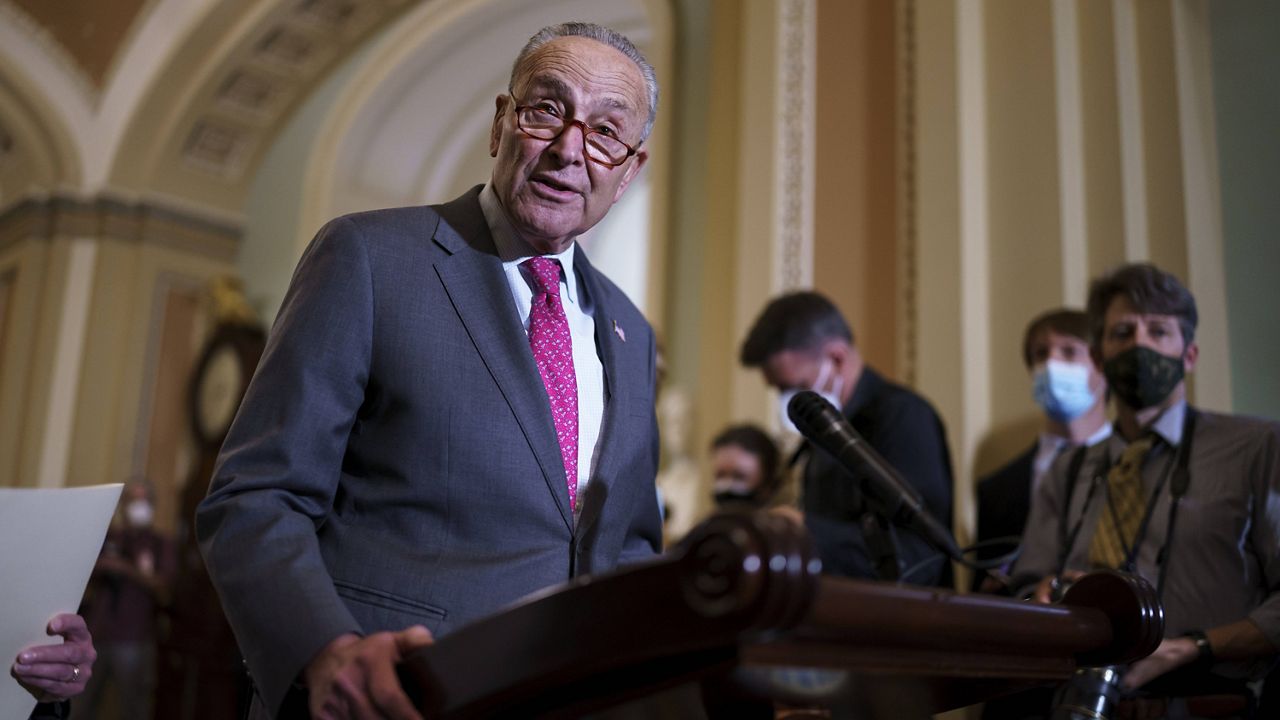 He was speaking with the White House chief of staff, the secretary of defense and the chairman of the Joint Chiefs of Staff about the Taliban retaking Afghanistan's capital city.

"Job number one is to get all Americans out safely, and secondarily, to make sure that those brave Afghans who served as translators and helpers for our soldiers and those who worked in the NGOs, the non-government organizations, still helping the U.S. effort get out because if they stay there, their lives are at risk," Schumer said.

President Biden's administration is currently taking criticism for pulling troops while the Afghan government was clearly unprepared to defend against the Taliban. Schumer said there will be time later for congressional review.

"The bottom line is right now, I am focusing on this issue, getting the people out," he said. "I'm not into finger pointing right now. We've got to get the job done."

As the country expects an influx of refugees from Afghanistan, it continues to deal with refugees from Central America coming across the Southern border. However, Schumer said there's a different issue at the northern border where the U.S. continues to prohibit non-essential Canadian travelers from visiting.

"There is no reason why we can't open up the border to Canadians for the rest of the summer season, whatever's remaining. We depend on Canadians for tourism dollars and for commerce and for everything else," he said.

As for his home state, Schumer acknowledged incoming Gov. Kathy Hochul will face her own challenges, including the disbursal of federal funds for rental assistance and infrastructure once Congress passes the bill.

"We've known each other a long time," Schumer said. "We've had a good relationship. I am confident she'll have a capable professional administration and I'll work with her to help New York."