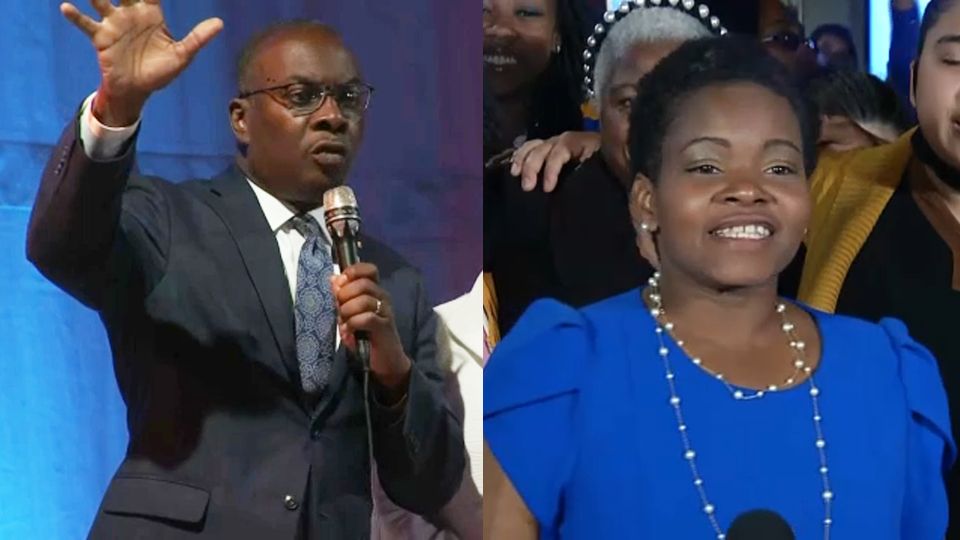 BUFFALO, N.Y. — Buffalo may be on the verge of a major political upset.

However, just because Mayor Brown is currently behind, doesn't mean he is ready to concede yet. Brown says more ballots still need to be counted.

Absentee ballots that were mailed in or dropped off at polling sites will be counted at a later date. According to the Erie County Board of Elections, they were not included in Tuesday night's tally.

More than 1,500 absentee ballots have been returned so far to the board. But more could be returned if they were postmarked by Tuesday. Walton currently leads brown by just over 1,500 votes. If she maintains her lead, she'll move forward as the candidate that will appear on the ballot for the general election on November 2.

With no Republican candidate, and if the results remain in Walton's favor, she would become the first female mayor of Buffalo.

Walton spoke Tuesday night after all precincts were reported.

"And it's not lost on me that we have a very entrenched Democratic party that has no interest in our type of politics," said Walton. "From the very beginning, when I brought my island of misfit toys together, we were well aware that we were going to have to do things nontraditionally."

Brown first took office in 2006, and the longest serving mayor in the city. He did not concede last night, saying the race is too close to call.

Absentee ballots must have been postmarked by June 22 and received by June 29, which is next Tuesday.

The Erie County Board of Elections says official results for mail-in ballots must be made available no later than 25 days after the election.