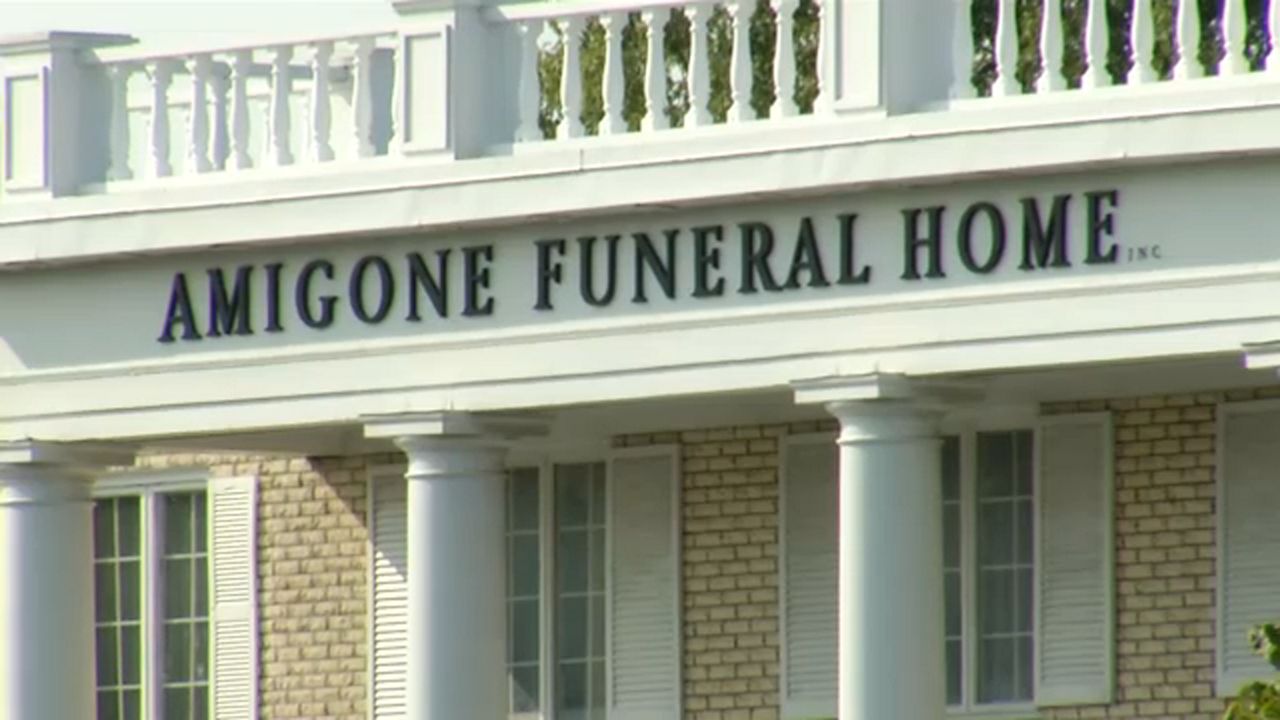 Assemblyman Ryan Among Those Calling for Action Against Amigone Crematory

TONAWANDA, N.Y. — A Western New York assemblyman is joining the calls of other local leaders for action to be taken against a Tonawanda crematory after thick, black smoke filled the air around it earlier this week.

Assemblyman Sean Ryan was joined by members of the Tonawanda town board Sunday morning, calling on the DEC to suspend Amigone Crematory's operating permit until the agency completes its investigation into the Sheridan Drive facility emitting black smoke for around an hour on Wednesday.

Residents in the neighborhood around the crematory complained that the smoke was thick and made it hard to breathe.

In addition to the permit suspension, Ryan is calling for full transparency with residents on the status of the pollution control system, operation permits, inspections, and maintenance.

"We can't have another incident like this. Neighbors have very little faith, very little trust in what's happening here. We have to put the safety of our community members first," said Ryan.

Amigone says the smoke was a result of an "equipment operation function that triggered an integrated system bypass to allow for an equipment safety action to take place."

They rejected what town leaders previously stated, that it was due to two large bodies being burned back-to-back.

Spectrum News has reached out to the DEC, who said in a statement that the investigation is ongoing and that information will be provided when available.