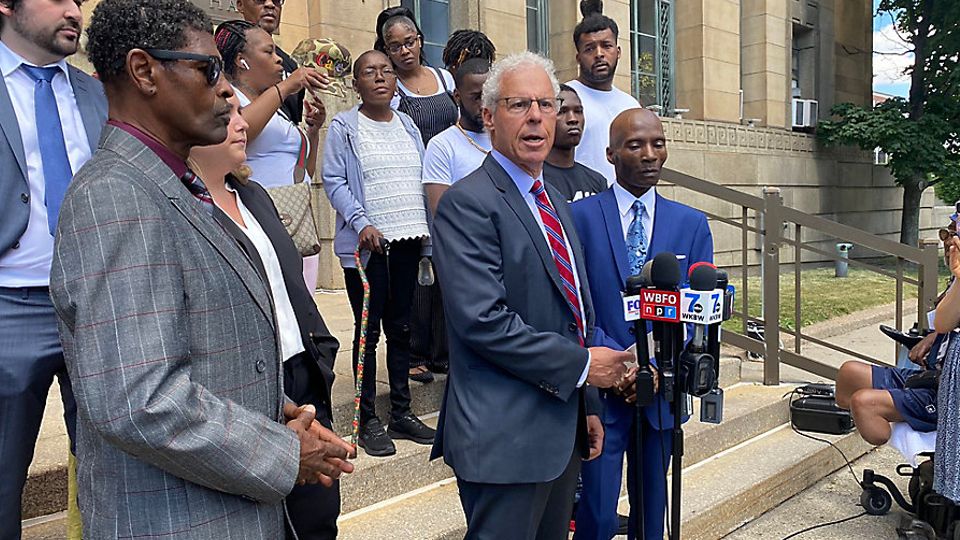 BUFFALO, N.Y. — Two men who spent decades in prison for a murder they say they did not commit are now suing the City of Buffalo, Erie County and Buffalo police detectives after a judge overturned their conviction last year.

"I can never be 16 years old again,” John Walker said. “They took all that from me.”

Walker and Darryl Boyd, along with late friend Darryn Gibson, were teenagers when they were convicted in the 1976 bludgeoning death of William Crawford. They are suing for a combined $224 million in damages after the conviction was set aside. The judge cited issues with their defense and questions about the evidence.

"I always ask myself, ‘man, why was I kidnapped, and then framed, and then unlawfully detained, and then after that, put through suffering, pain and misery?’" Boyd said.

While the judge did not exonerate the two men, they have always claimed they were innocent. Their civil attorney says they were wrongfully prosecuted. The lawsuit alleges Buffalo police detectives withheld evidence about a murder suspect, used intimidation and lied to push the crime on five teenagers. Lawyers also say prosecutors failed to provide evidence that links another man to the killing.

"It is the obligation of municipalities and their lawyers to do justice on behalf of their citizens, not perpetuate injustice,” said attorney Joel Rudin. “Buffalo and Erie County cannot give John and Darryl back their lives, but they can demonstrate the policies of yesterday are not the policies of today.”

Current Erie County District Attorney John Flynn says it would be a waste of time and money to re-try the two men for murder, but he maintains the conviction was solid and prosecutors didn't do anything wrong. He is related to both the district attorney and lead prosecutor at the time of the original trial.

"I assure you they would do nothing improper,” Flynn said. “They would never hide any evidence. They would never railroad five young men on a murder conviction if they didn't have the evidence 46 years ago.”

Walker and Boyd, now in their 60s, are each seeking $112 million in damages, but say money can only go so far to right the wrongs of the past.

"A lot of things were taken from me, and no matter what they decide to give me, they can't give me back what was taken from me — but they can make the rest of my life bearable at least,” Walker said.

Officials from the City of Buffalo and Erie County said they do not comment on pending litigation.