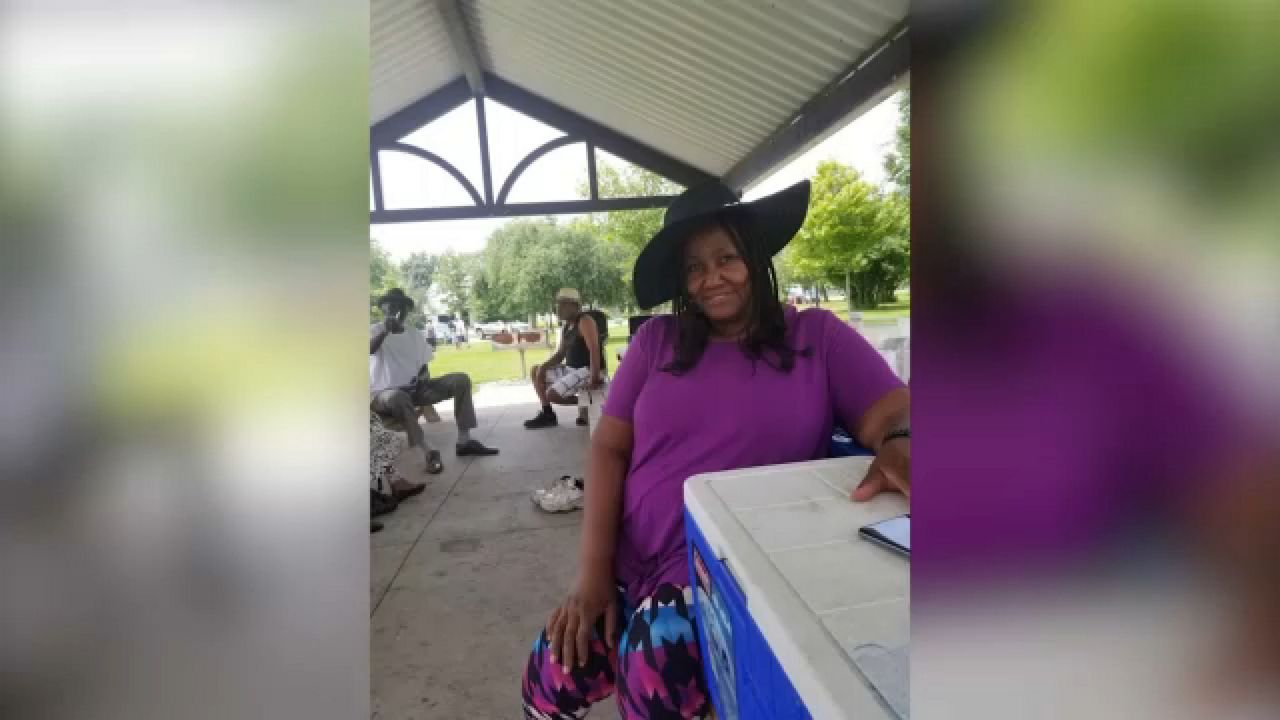 Geraldine Talley laid to rest, as friends and family call for change

BUFFALO, N.Y. — Three more victims of the mass shooting in Buffalo were laid to rest Friday.

Among them was 63-year-old Geraldine Talley.

There were a lot of emotions at the service, as people were hugging each other and trying to give each other strength.

They remembered “Gerri,” as she was called, for her smile and love for her family, but there were also a lot of people also pushing for change as the funerals of the “Buffalo 10” continue to come to a close.

“I just want to say that I will miss you," said Cassidy Rutledge, one of Gerri's relatives. "I'm going to miss your hugs. Your smile. Your smell that she left after her hugs."

The family of Geraldine Talley filled rows, dressed in red, remembering the woman they lost. She was a mother, an aunt and so much more.

“Calling her family members to come over and watch Lifetime movies. That’s her," recalled Mark Talley, Gerri's son. "[She] offered to cook some cookies. Me, I wouldn't. I would feel insulted if you asked me to cook something for you."

“Always being that woman that stepped up to help people in their most vulnerable time,” added Sen. Tim Kennedy.

She was an extroverted woman who loved her family, baking and game shows.

“My mother was kind of the opposite of me,” said Mark Talley. “She's more extroverted. More sociable.”

While they will miss her, they know this isn’t forever.

“Goodbyes are not the end," said Rutledge. "They simply mean, ‘I'll miss you. You have touched my life in many ways.’”

It wasn’t just her family that was impacted — it was a whole community.

“We cannot sit here and cry for Geraldine and not make sure justice is not given,“ said Sharpton.

Many speakers pointed out the systemic issues in Buffalo and the country that ultimately brought them to this service.

“This is happening basically due to [a few] reasons: socioeconomics, redlining and gerrymandering,” said Mark Talley.

“What has to happen for this country to wake up and realize that you do not need military weapons in people's houses to defend themselves,” said Sharpton.

Sharpton spoke passionately about how these 10 deaths cannot be in vain.

“They couldn't take God from us and because they couldn’t take God, we made it 400 years and because there is a God, we will go forward and turn this Tops disaster into a resurrection of raising children where there won't be one grocery store outside of town,” said Sharpton.

The service stood as a call to action.

As Mark Talley carried his mother’s ashes out of Mt. Aaron Missionary Baptist Church, he carried hopes for a better tomorrow — one that will allow his mother to look down and smile that smile that they will miss so much.

“We should not be intimidated into silence because someone does us wrong,” said Sharpton.

Geraldine will leave behind her children, her fiancé, and so many others.

During the service, Rev. Sharpton invited her son to Ruth Whitfield’s funeral Saturday, which Vice President Kamala Harris will attend — and there’s no doubt they will pass along their hopes for change to her.