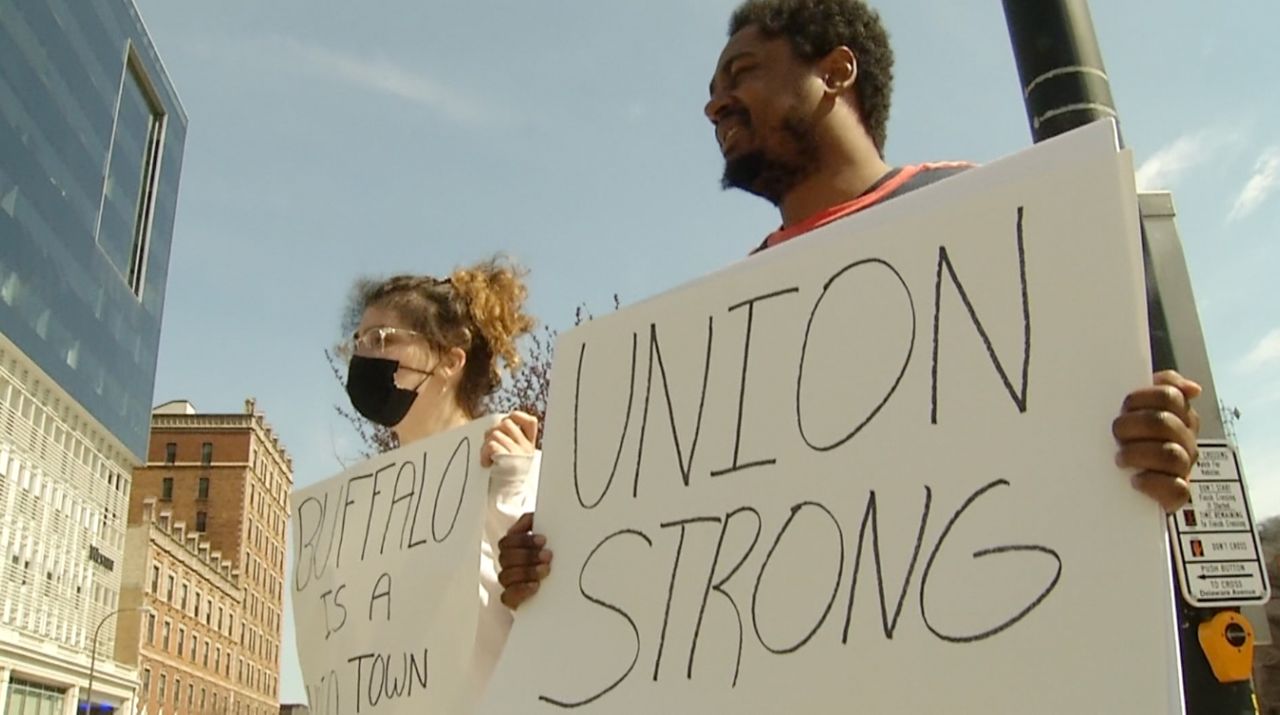 BUFFALO, N.Y. — ​Starbucks employees at Buffalo’s Delaware Avenue and Chippewa Street location are on strike Thursday for what they call "unfair labor practices."

They claim that Starbucks is punishing stores who have plans to, or have already, unionized.

“They’ll continue to tell stores that have unionized that we are a lonely island that will not be able to earn the same benefits, and that they will force us to negotiate on every single benefit regardless if we had them before or not," said Roisin Dougherty.

The company says it plans raises and additional training for employees, but only employees at stores that have not unionized or have not shown the intention to unionize.

A spokesperson for the company said:

"We have and will continue to respect the rights of those who seek unionization and those who seek to keep a direct relationship with us as we build a better Starbucks. We have a responsibility to inform our partners of their compensation and benefits and the federal laws related to such benefits during unionization. We fully disagree with the mischaracterizations, baseless accusations and the falsehoods presented in their letter and are concerned with the impact such statements may have on our partners who disagree with the Workers United Organizers. We remain focused on working together in building a better Starbucks side by side with our partners and develop the types of investments and benefits that drive real change, present choice, and directly impact their lives. At stores where workers have union representation, Starbucks will continue bargaining in good faith as required by federal law."

Starbucks CEO Kevin Johnson says that’s because the company does not have the same freedom to make these changes at locations with a union.

Starbucks insists its more than 8,000 company-owned U.S. stores function best when it works directly with its employees, which it calls “partners.” Many employees in the Buffalo area work at more than one store depending on demand, Starbucks says, and it wants to have the flexibility to move them between stores.

Starbucks Workers United says the strike is only for one day and employees will back to work Friday.