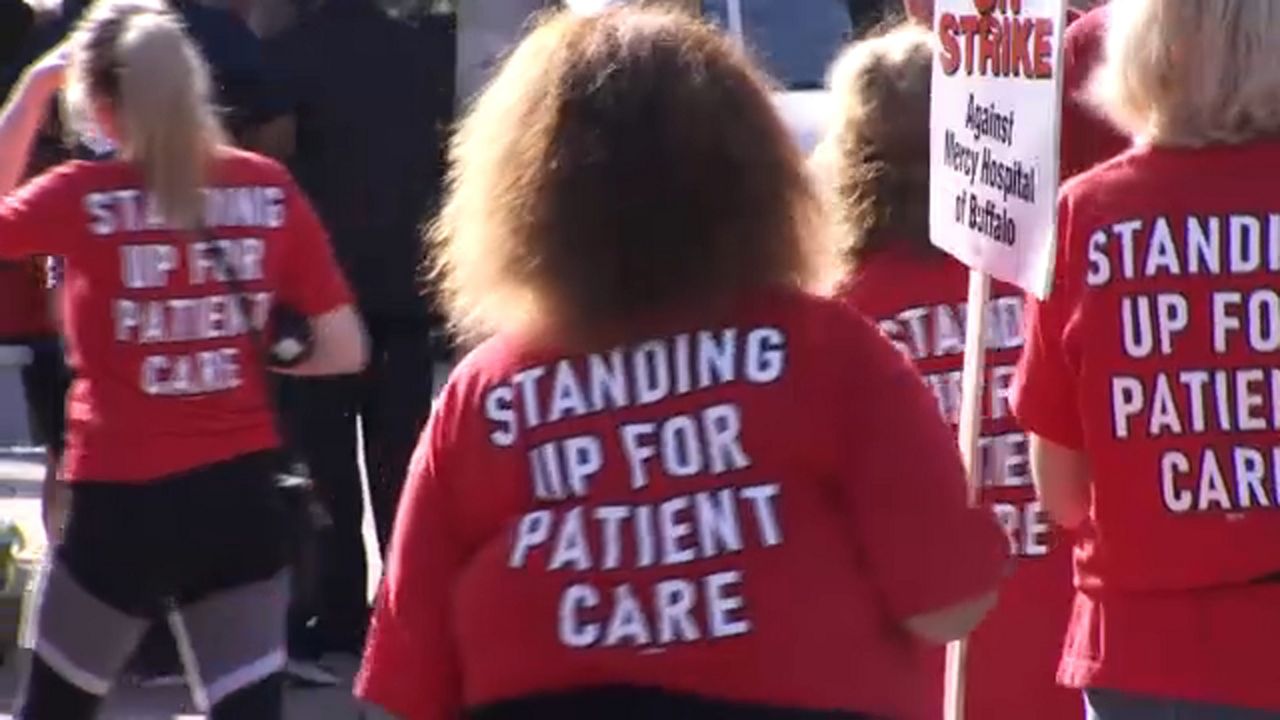 BUFFALO, N.Y. — The CWA strike at Mercy Hospital of Buffalo is now on its 11th day.

The union says it is looking for higher wages, and a better staff-to-patient ratio due to the dangerous situations that can occur if there are not enough health care workers available.

Catholic Health officials submitted what they call a comprehensive package and states that only the CWA has the ability to end the strike.

The latest proposal, according to Catholic Health, includes:

Some associates would see pay increases of up to 25% in the first year.

Registered nurses would see an average increase of 4.3% in the first year.

Service, technical, and clerical associates would see average increases of 9% in the first year.

All associates would make at least $15/hour.

Healthcare - No change in contribution rates from the current contract for current associates.

Associates would have the option of participating in a hybrid, high-deductible plan.

Dental - No changes in the dental plan from the current contract.

Retirement - No changes in the pension plan, and Catholic Health will increase its plan funding.

PTO - There would be no changes to current PTO accrual levels for all associates.

Increases staffing levels on our staffing grids/plans to align with agreed-upon ratios;

Stipulates staffing for 10% above the average daily census;

and Provides bonus pay if the staffing goals aren't met.

Workers like Diane Peach, who works in environmental services, are also hoping for resolution sooner rather than later. She's staying optimistic, but does admit being off the job this long can take a toll financially, even with help from the union and unemployment.

But she has faith that union leaders will get them a new contract that takes care of workers from many different departments.

"Just hoping that they will give us what we want,” Peach said. “We can end this strike and go back to being there for our patients.”