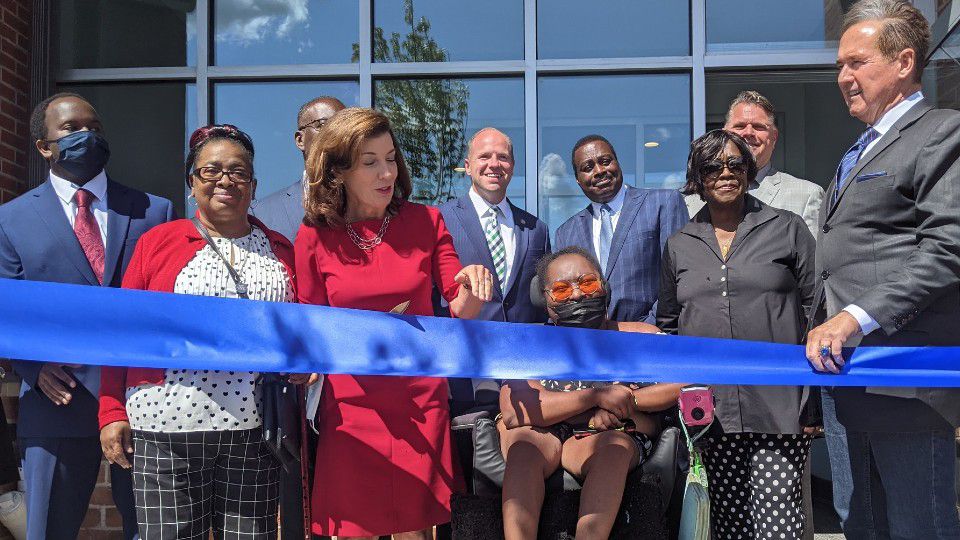 Located at 1166 Jefferson Avenue, the two-building complex has 90 units, 16 of which offer support services from People Inc. for those with intellectual and developmental disabilities who live independently.

“When I heard I got the apartment, I knew that the independent life I deserved was in reach,” said Shanell Davis, a resident who relies on a wheelchair. “After moving into the apartment, I finally have the life that I always wanted. I love the fact that I can come and go as I please without having to worry about the barriers of stairs.”

The head of household must be 18 years or older and meet income eligibility. This apartment complex is currently full with a waitlist of about 400 names.