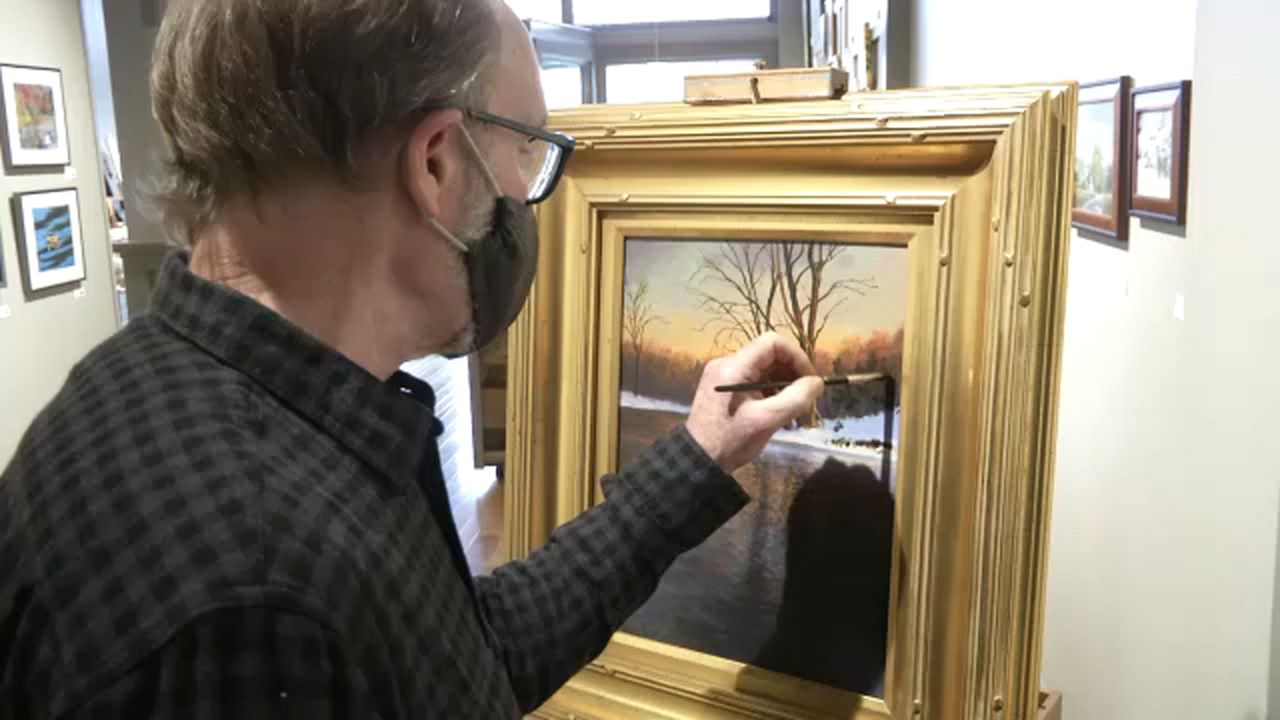 Allegany Painter Part of The Great American Paint In

OLEAN, N.Y. – Mikel Wintermantel knows hard the struggle can be for artists during non-COVID times.

How about in the middle of a pandemic?

“Some of them were affected in great ways, and other ones were really affected. You can see that they’re painting is just sad and almost hopeless,” he says. “But a lot of them are hopeful and looking forward.”

Artists who have adapted well (or struggled mightily) have put their feelings on display as part of The Great American Paint In, a nationwide collaboration featuring artists from all 50 states, Wintermantel included.

His first piece, The Survivor, features his Havanese, LJ, recuperating after a brutal fight with a pitbull. Wintermantel’s second work, Interminable Isolation with a Glimmer of Hope, shows his daughter practicing the guitar. His next work is a striking landscape that made him stop driving and leave his car.

“Spring had sprung. Suddenly, the snow shows up, but it was beautiful that it was still strange to everybody,” he says. “To see the snow and everything and the sun’s out, and the trees are still covered in snow.”

Mikel’s two completed works have already sold, and they’re among the nearly 300 paintings submitted to The Great American Paint In.