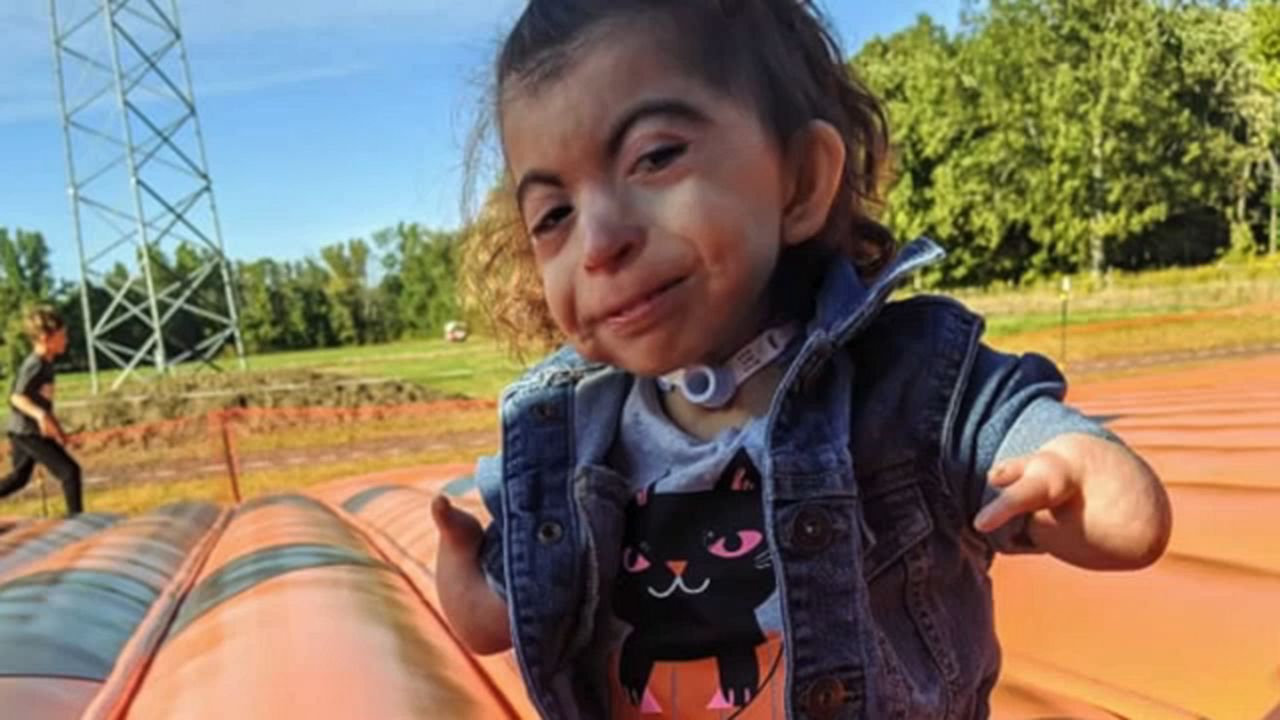 A 7-year-old girl from Western New York, Aubrey, is vivacious and loves to play. Starting the moment she was born weighing only 2 pounds, 15 ounces, she has faced challenges.

“I made this shirt for her. It says, ‘I might be little, but I’m tough.’ That’s true. She’s overcome a lot of obstacles in her life already. She’s only 7-years-old. She’s had a lot of surgeries,” said Nicole Phelps, Aubrey's Mother.

So many surgeries that Aubrey’s mother says she has lost count. This is because her daughter was born with Cornelia de Lange Syndrome, a developmental disorder affecting many parts of the body. It is found in about one in 30,000 newborns.

“She’s nonverbal, but you always know what’s going on with Aubrey. She’ll give you a big toothy grin," said Nicole.

That warm welcome sadly isn’t always reciprocated. Recently, the family took a trip to a local farm. Aubrey's mother says a boy came over, got right into her daughter's face and yelled, “What is that?”

Aubrey’s family says they tried to remain calm, but the boy was relentless, saying, “That’s not a girl. That’s an alien.” The attacks just kept on coming, until the family finally had to leave.

“We had never encountered such bullying and hatred towards her,” added Nicole.

Aubrey’s mother would like to take this negative situation and turn it into a positive opportunity to spread a message of acceptance.

“Pointing and long stares are not the nicest approach. You can go and ask a question, but go about it in a nice way. Say, ‘Excuse me, can you tell me about your little girl?’” said Nicole.

Because anyone who truly takes the time to get to know Aubrey, loves her.

To learn more about her, visit the Facebook page, Prayers for Aubrey.