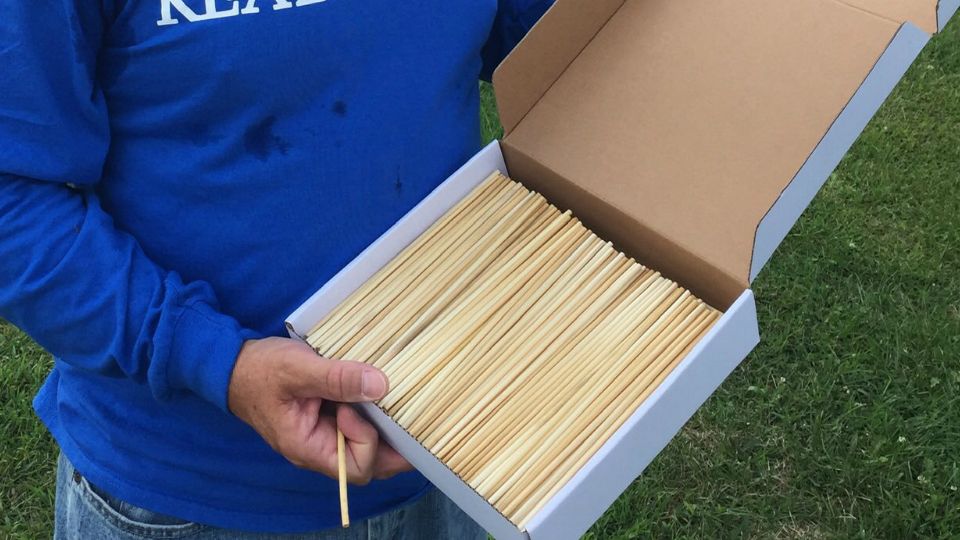 After 40 years working in bars and restaurants, Marty Walters is learning how to be a farmer.

He purchased 11 acres of land near Silver Creek in Chautauqua County. His crop is called spelt, a grain related to wheat.

However, it's not food he's looking to produce. Rather, Walters is using the stems of the wheat plant to make drink straws — an alternative to plastic he says is completely compostable and more friendly to the environment.

"We're looking at about a 7,000-year-old solution to a modern problem," Walters said. "There's nothing more natural than a wheat stem drink straw."

Walters started his business about eight months ago. After a wet spring, Walters was unhappy with his first yield. He recently purchased wheat from an Amish farmer in Leon and has been using that to make his straws. He plans to plant another batch of wheat in the fall, and hopes for better results.

Walters says his straws are gluten-free since the grain heads are removed. He cuts and cleans the stems and then bakes them in an oven.

"They hold up well in hot and cold drinks, and they will last for weeks and retain their firmness whereas paper straws can get mushy in minutes really," Walter said.

At this point some readers might be wondering how much the wheat straws cost. Walters is selling his straws for $.03 each. He says that's roughly six times more expensive than plastic straws.

In talking with business owners, Walters says they're intrigued by his products, but the price is a concern. He's hopeful those businesses will the greater good above profit.

"Cheap plastic straws are what got us into this mess," he said.

The Village of East Aurora recently banned plastic straws in restaurants starting next March. Walters says his company already has deals to supply several establishments in East Aurora and elsewhere in the region with his alternative.

"It's the beginning of the domino effect for Western New York. I'm pretty excited that this could be a real start for something better," Walters said.