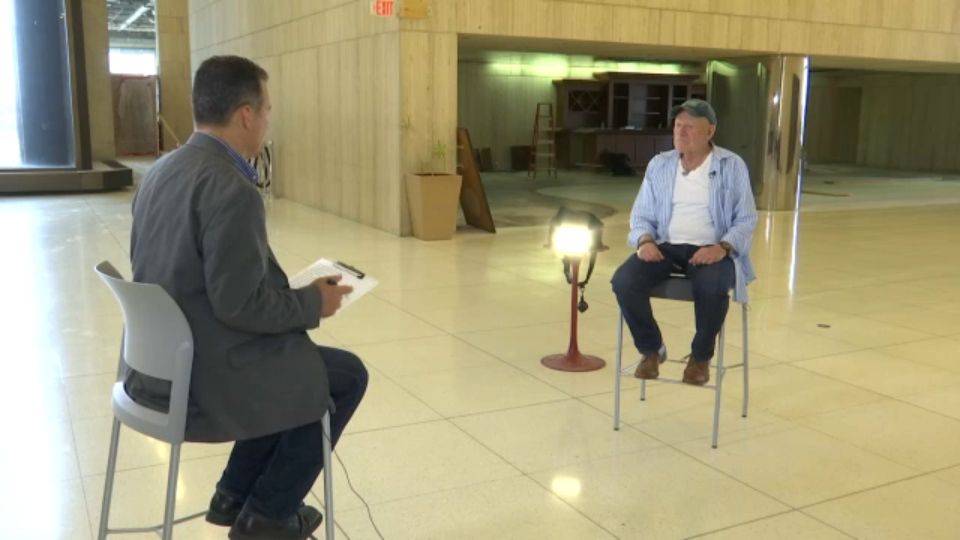 Developer Doug Jemal Discusses 3 Major Projects, What Led Him to Buffalo in 1-on-1

Douglas Jemal has spent most of his career resuscitating old buildings.

Jemal has owned Douglas Development out of Washington, D.C. for 35 years, and employs about 200 people.

"Creating things. Putting buildings back together that were empty. And that's where I got into development," said Jemal.

And for the last several years has been dividing his time between D.C. and the Queen City.

"I fell in love with the city, strictly by accident. I came to see a concert," said Jemal.

That's when a broker introduced him to what is now Seneca One.

"I walked around it. And for whatever reason, it just hit me like an atomic bomb and I bought it," said Jemal.

Construction continues on Buffalo's tallest building, as M& T Bank recently announced it's moving its tech hub inside and bringing more than a thousand jobs with it.

"But you see what's starting to happen that you never saw before, people are walking on the streets," said Jemal. "To connect the canal with Seneca One, and Main Street and the medical center, and that's the revitalization of Main Street. So it’s extremely significant, bringing downtown back again."

Seneca One is just one of three projects Jemal and his team is juggling.

The others include former Buffalo police headquarters, designed to have between 150 and 175 residential units, and most recently acquired the former Boulevard Mall, now Boulevard Place.

"I'm me. That's it. You think I've figured myself out," said Jemal.

Does he understand though why people are fascinated with him?

So, how can he afford to just buy all these buildings?

"Maybe I make money. Maybe I'm financially secure. I'll start something, I will finish it. I'll do the best of my ability and I'll never quit," said Jemal.

In Part two of our report Thursday, we'll look back at Jemal's career, and how he likes to spend his time when in the Queen City.