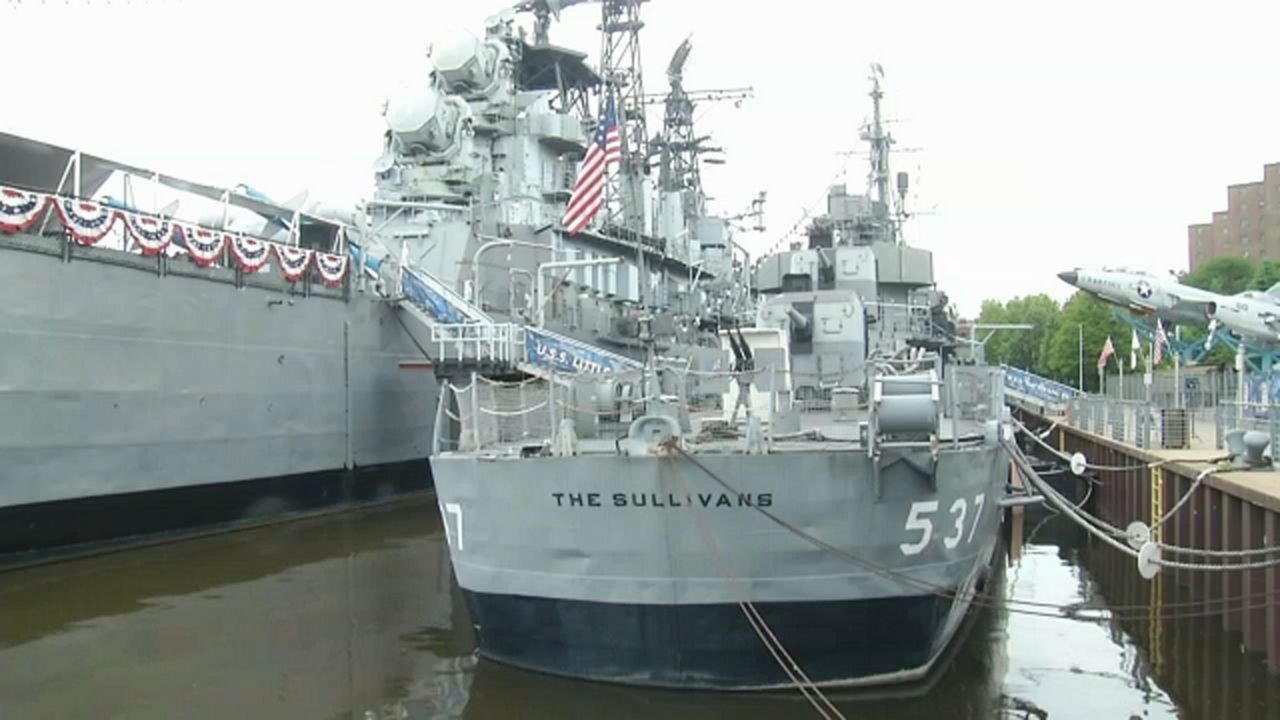 Sending Out an SOS for USS The Sullivans

USS The Sullivans served in World War II and Korea— earning 11 battle stars. Though the ship is no longer battling against enemy forces, it is battling the Buffalo River.

"Micro-organisms, salt, any kind of thing that is going to attack steel is going to," John Branning, Superintendent of Ships at Buffalo and Erie County Naval and Military Park said.

The former Navy senior chief says the ship has about six active leaks. Last year, there were nearly 20.

"No self-respecting senior chief would ever let his command go down," Branning said.

That's why he suits up and takes a plunge into the murky waters surrounding the destroyer to fix each leak.

Superintendent of Ships at @BfloNavalPark shared this video of one of his dives to repair a leak on USS the Sullivans. He has to first scrap through a layer of zebra muscles. Then someone on the inside helps secure a patch. pic.twitter.com/u8LwG2Lyfl

"We take a patch that we make with a bolt through it and we stick it against the hull. He's on the inside and puts another side to it, we tighten it up and the leak stops," Branning explained.

The man on the other side of the operation is director of museum collections, Shane Stephenson.

"They constructed ships for the war itself and after the war, they were either going to scrap them or put them into the moth ball fleet," Stephenson said.

So why is this 1940s destroyer so important to keep afloat? If you look on the main deck, you get a good idea.

This morning we’re aboard the USS the Sullivans at @BfloNavalPark. The destroyer is damaged and in need of $2M in repairs. How you can help @SPECNewsBuffalo pic.twitter.com/tSFft76r4A

To this day, it's a way to say thank you to the Sullivan family for its sacrifice. The ship also embodies Buffalo; a working class community with a lot of Irish ties.

USS the Sullivans was first deployed for WWII. She aided in the Korean Conflict and Cuban Missile Crisis.

“And then you know, aided in the search of astronaut Allen Shepard," Stephenson said.

But USS The Sullivans is on her most important mission yet: inspiring future generations. In order to do that though, she needs help.

The Naval Park is sending out an SOS and asking the community for $2 million. It help will help cover much needed repairs so generations to come can learn about life on the sea and service.

"These ships are living and breathing creatures, it sounds funny but they are," Branning said.

Here’s how you can donate: https://t.co/9Ekc3LlU0s