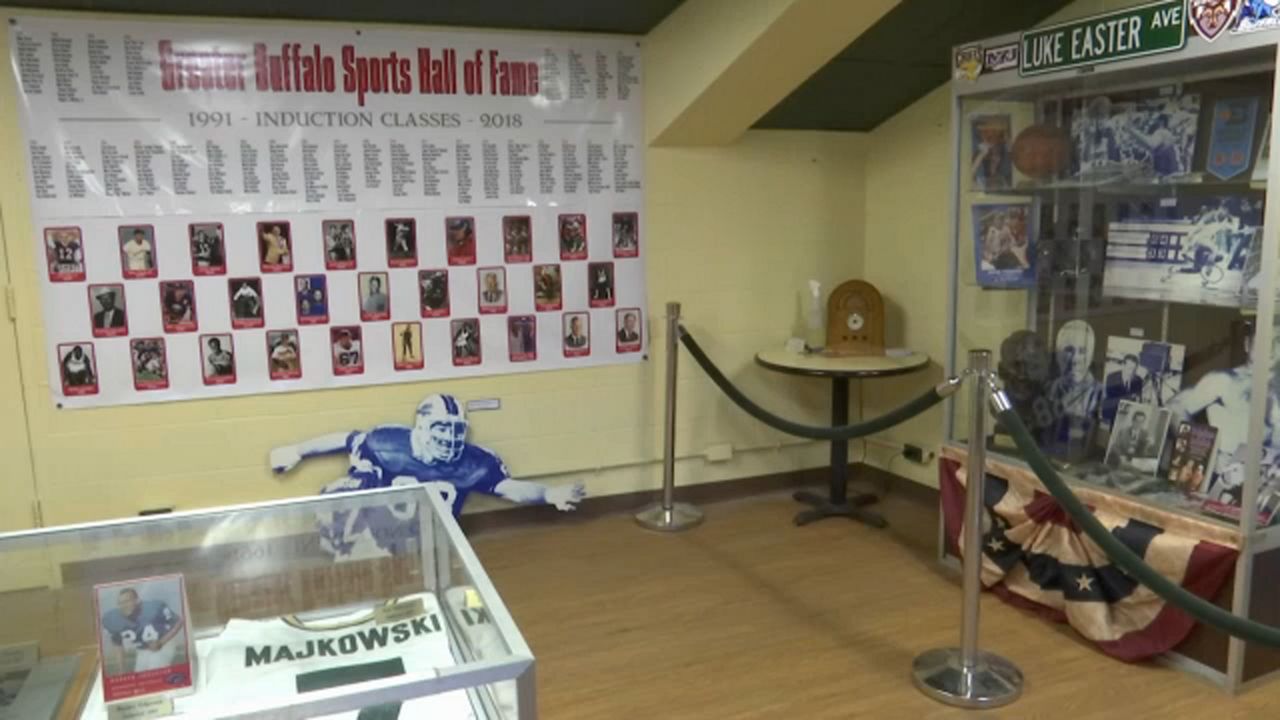 From Jim Kelly to Warren Spahn to Rick Jeanneret, the Greater Buffalo Sports Hall of Fame is with legendary figures.

The hall of fame needs a hall of its own to really show off the pieces of Buffalo sports lore. Starting in 2001, many of the artifacts were on display inside KeyBank Center. However, as the Sabres renovate and expand the team store in that space, it was time for the hall of fame to leave.

"When the team unfortunately did not make the playoffs, that kind of hastened our move," said GBSHOF President Tom Koller. "We're thankful to the Sabres and now we have to do some due diligence here and try to find a new spot."

The hall of fame now has a temporary display at Sahlen Field, which is open during Bisons home games this season. Much of the memorabilia is sitting in storage at KeyBank Center while the search is on for a new place to show it off.

The Greater Buffalo Sports Hall of Fame is looking for a new home as the #Sabres make changes at KeyBank Center. Some artifacts are temporarily at Sahlen Field, but the search is on for a permanent place, along w/ a combined sports, music & broadcasting museum. @SPECNewsBuffalo pic.twitter.com/zasTVK0HhK

Therese Forton-Barnes is working to help create the BFLO Hall of Fame Experience and bring the area's greats of sports, broadcasting and music together under one roof.

"No more ifs, no more ifs. It's when. We are positive that it's going to happen very soon," Forton-Barnes said.

She says they're hopeful to have a physical building somewhere in downtown Buffalo in the near future. Planning has been going on for years, and they're trying to raise the millions of dollars it will take to make it happen.

"Everybody can see what we know and love and everybody can cherish what Buffalo has with sports, music and broadcasting," Forton-Barnes said.

Organizers are working with local company Hadley Exhibits to create the vision for BFLO Hall of Fame Experience, and give the stars of yesteryear somewhere to shine.