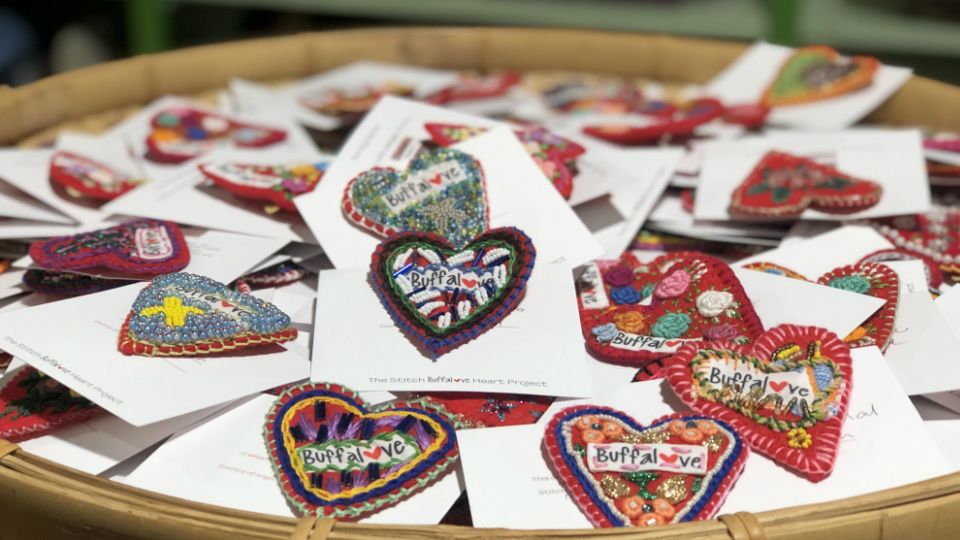 But these common household items have quite literally bonded refugee women to the Queen City.

Empowering women one stitch at a time! That’s the mission here at Stitch Buffalo on Niagara Street. The organization started back in 2014 but moved into this space two years ago and has come a long way since! pic.twitter.com/1CteutiqDB

Stitch Buffalo started as a project back in 2014 as a way to give those women a space of their own to learn and share ideas at different textile workshops.

Now, five years and a storefront later, workshops are open to anyone in the community and many of the refugees have gone from being students to standing in front of workshops as teachers.

"It's an exciting opportunity for Buffalo people to come and have an authentic experience learning from a woman from Thailand or a woman from Burma, where she has learned this skill and is willing to share it with us,” Hoeg said. “Some of their stitches are very different from the ones we do and it's just a beautiful opportunity for a cross-cultural exchange.”

Stitch Buffalo uses donated materials for its workshops, but every other month, they sell unused items at a discounted price! #SecondStitch is the perfect place to pick up some supplies for a new project and all the money helps fund the non-profit! pic.twitter.com/obLRAojKTT

Women also sell their one-of-a-kind, handmade items in the retail space, anything from pins to bracelets and ornaments.

But every two months, that space gets transformed for Second Stitch.

The nonprofit uses mainly donated materials, and anything they're not able to use is sold to the community.

"What we decided to do is to take those materials, sort them, measure them, organize them and turn them back over to the community at a reduced rate," Hoeg said.

The next Second Stitch sale is July1 13, with all the funds help support the artists and teachers.

They're always accepting more donations any time they're open.

But no matter what project the women make next, or how much they sell it for, the love and support they receive from their adopted hometown is priceless.

"It's the making, but it's also the selling,” Hoeg said. “When you create something and you see that somebody else finds value in it enough to purchase it, that empowers you, that builds a confidence. That's what I see happening with the women here is that they are empowered through the skill and the support they receive from the community.”

If you’ve ever taken chocolate to work to sell for your kids then this might be for you! With Stitch Buffalo’s Ambasketors Program, you can bring baskets of these pins into the office, a classroom, wherever, & sell these pins! The money goes to the women that made them! pic.twitter.com/EYSaQbshPt