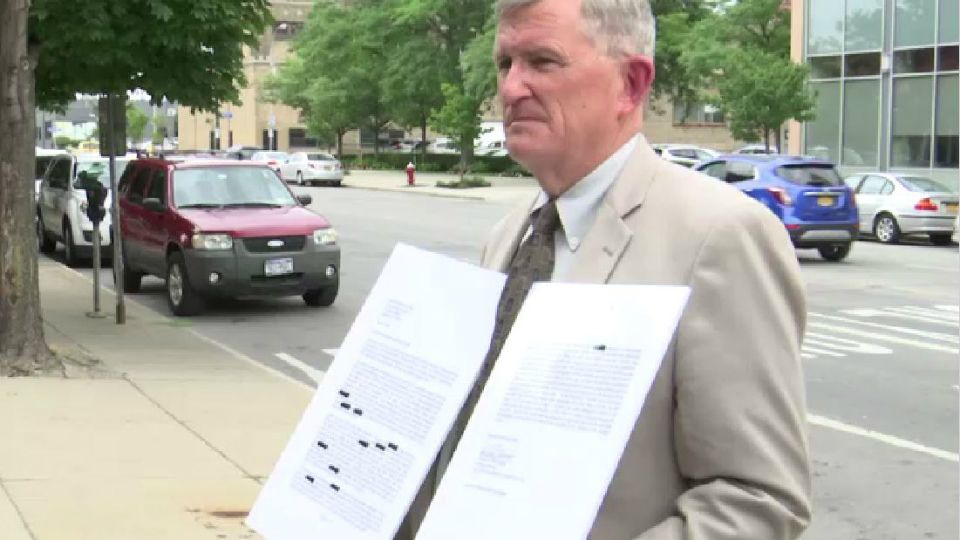 BUFFALO, N.Y. — A priest cleared after accusations of abuse is under investigation a second time a month after returning to service.

“You have purportedly the most moral institution in the world acting the most immorally," said Mitchell Garabedian, attorney for alleged victims of priest abuse.

Garabedian says his client was never interviewed by the diocese during their investigation. He and other attorneys also shared a letter a theology student delivered to the former bishops in 1992 after witnessing the after effects of one of this victim’s alleged encounters with Riter.

A spokesperson for the diocese says they sent two letters to Garabedian so they could interview his client, but say he didn't respond until after Riter was returned to ministry.

A spokesperson for the diocese confirms they interviewed this accuser Monday morning. They wouldn't go into the nature of the interview, and they at this point in their investigation, they could not say whether Father Riter would be placed back on administrative leave.

Mitchelle Garabedian represents 31 alleged victims of priest sex abuse in the Diocese of Buffalo. 5 Victims are women. They range in age from 31-71 and the abuse allegedly started when some where as young as 5. pic.twitter.com/HGbzjxD3C7

"We know now that there are approximately 75 priests who have been outed here in the Diocese of Buffalo, so where did that information come from because the media found it, and we found it, and victims found it. So reveal or resign,” said Dr. Robert Hoatson, Road to Recovery President.

As victims' advocates continue to demand Bishop Richard Malone reveal all credible abuse documents or resign, they're also taking their fight to Albany to get changes at the state level.

"Statute of limitations laws need to be changed criminally and civilly so justice can prevail. Otherwise, the church is going to play its own game of cover-up and not protect children and prevent victims from healing," said Garabedian.