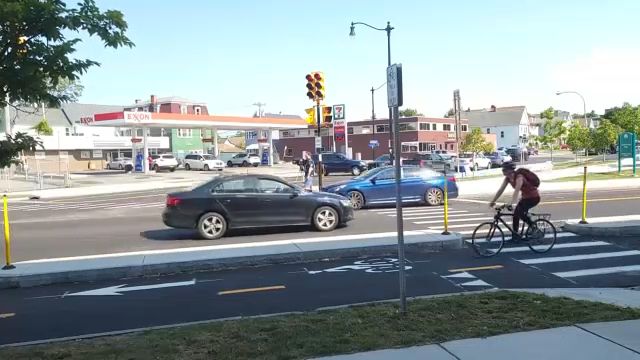 BUFFALO, N.Y. — As the last weeks of summer wind down, you may be looking for a way to enjoy the outdoors. If you're a bicyclist, head to Buffalo's west side.

More than $58 million is going toward public infrastructure in 2021, including bike lanes on Main Street. The city hopes to eventually have more than 300 miles of bike lanes.

The lanes completely separate cyclists from traffic. They run on Niagara Street between Forest Avenue and Hampshire Street.