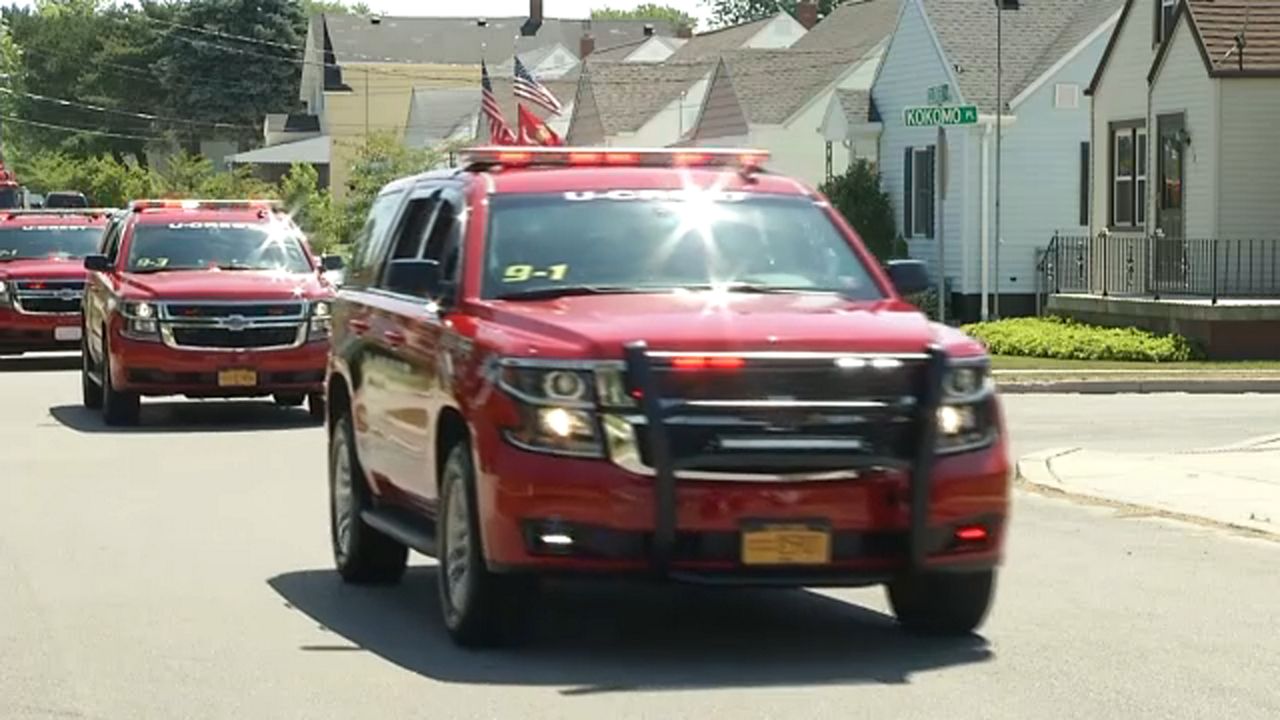 A local fire department is keeping a patriotic tradition alive — even if it looks a little different than normal.

Since the town of Cheektowaga canceled its parade and festivities due to COVID, the U-Crest Fire Department decided to host its own.

Over 30 members of the fire department took part in the parade, rolling out every engine and chief's truck for the big day.

Firefighters say it was more important this year than ever to show residents their presence.

"Just to get people out of their house, let them know that we're still around, we're still answering calls and keep the faith alive," said U-Crest Fire Department assistant chief Joseph Dahm.

Fire officials say that they are still preparing for Saturday despite large fireworks displays being canceled.

They advise caution to those setting them off in residential areas.