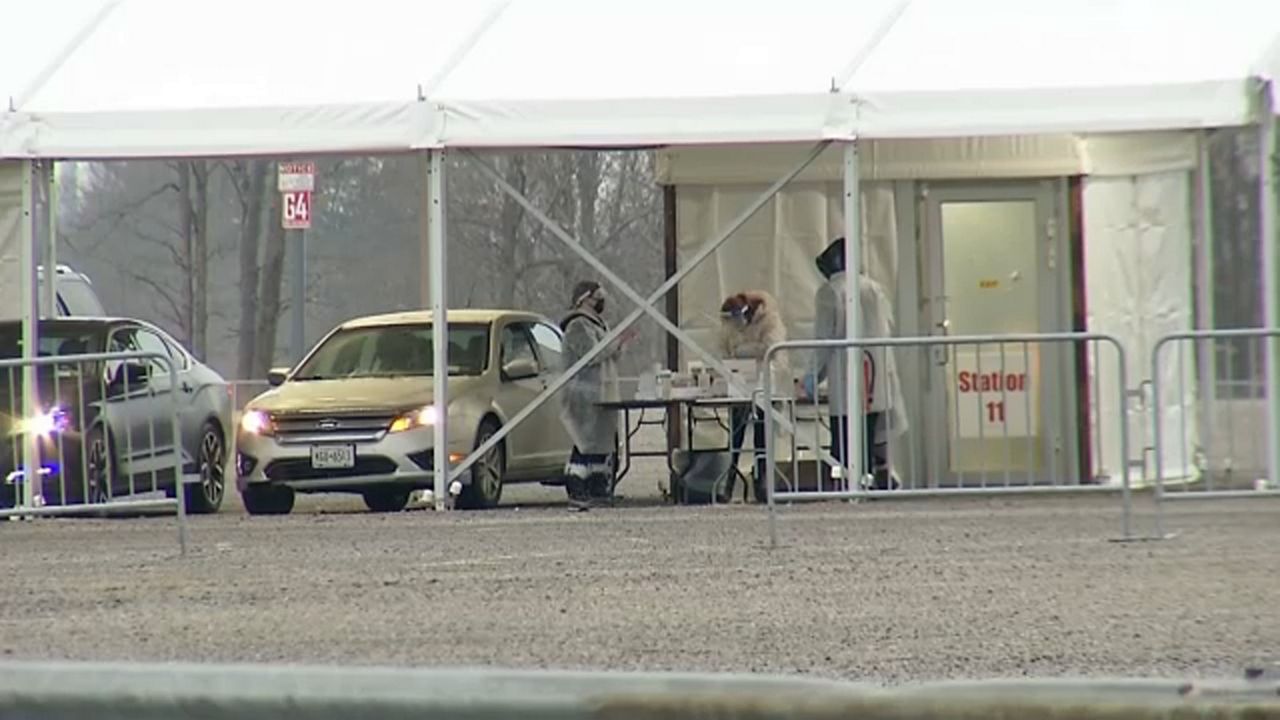 ORCHARD, PARK, N.Y. — It's back to Bills Stadium Wednesday morning for thousands of fans.

They'll be getting their COVID-19 tests ahead of Saturday's game against the Baltimore Ravens. Testing kicks off at 6:30 a.m. in Orchard Park and those testing slots will continue until 9 p.m.

The folks in charge of getting fans tested haven't left #Buffalo since arriving last week for round 1 of testing. So, they've learned some lessons from #BillsMafia. pic.twitter.com/UF8ea8qYIS

BioReference Laboratories, the company in charge of running the operation, says it shouldn't take more than 10 minutes for a fan to get it all done.

Testing is taking place again at Lot 4 of the stadium. There are 30 drive-thru testing lanes to make the process as efficient as possible.

🏈It's the same process as last week.
🏈Ticket holders should have gotten a link to sign up for a time to come here to Lot 4.
🏈Those run in 30 minute slots.
🏈Entire process should take about 10.
🏈 If you miss your time, you can sign up again using that same link. pic.twitter.com/sIZRS3G7n7

Under the deal with the NFL to allow fans into the stadium, all tests must be performed by the approved lab BioReference within 72 hours of kickoff.

These aren't rapid tests, they are lab tests, so they do take a little longer to get the results. BioReference is working to get the results back to fans within 24 hours of their test. Testing Thursday is from 6:30 a.m. to 8 p.m.

🚨 While your ticket is important for Saturday's game... do not forget your test results! pic.twitter.com/WN4GvRnLwu

The results will be e-mailed to fans and they are reminded to keep track of them because they are the ticket to get into Saturday's game.