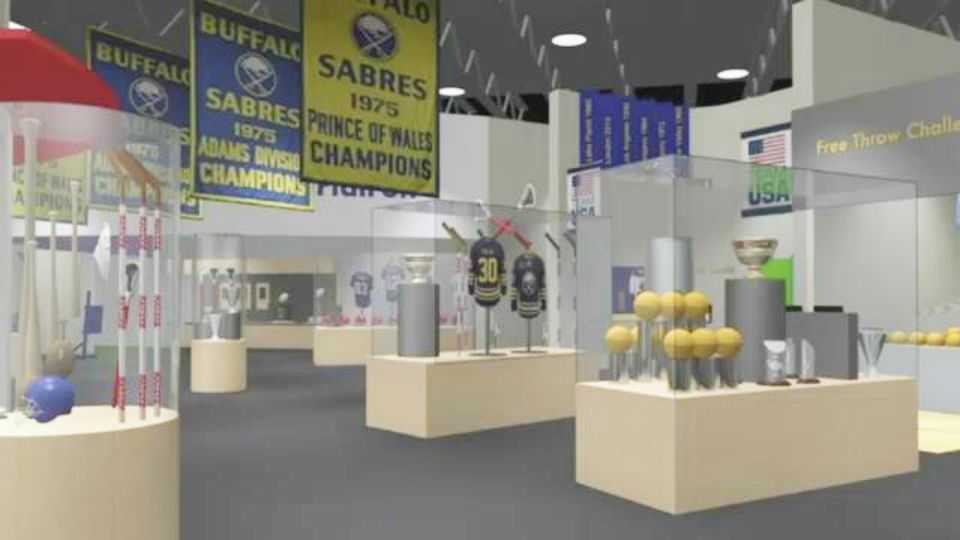 BFLO Hall of Fame Experience one step closer to reality

BUFFALO, N.Y. — It will be an adventure like no other, and the BFLO Hall of Fame Experience is one step closer to reality. It will be an interactive museum housing the Sports, Music and Broadcasting Halls of Fame. Right now, their memorabilia is spread across Western New York or not on display at all.

"It's really going to be a cool facility. It's going to be totally different than anybody has ever seen. There's nothing like this in the rest of the country. There's no other organizations that have collaborated like this before," said Therese Forton-Barnes, BFLO Hall of Fame Experience VP.

The idea has been years in the making, and will cost millions of dollars. Their fundraising campaign will be launched at a luncheon on June 5 at 12 p.m. at the Adam's Mark. Helping kick things off will be special guest, ESPN anchor Chris Berman.

"Chris is a huge fan of Buffalo. He loves Buffalo so much because we've always been the underdog. Then he got to know the Jim Kellys and Thurmans of the ‘90s era. So he really has a true passion for Buffalo," said Forton-Barnes.

They're working with Hadley Exhibits to conceptualize the vision. They hope to be able to have the museum open by 2020.

"I really believe this is something that could pull a lot of people in, not just from Buffalo, which you would think but because of the interactivity. You'll be able to create your own music. You'll learn how to use amplifiers, speakers, how those all work together. Broadcasting. We're hoping to have a big broadcasting truck like you still see at Monday Night Football. And then we'll have a playback of a game so people can experience that and maybe put them in a producer’s role," said Ted Johnson, Hadley Exhibits president.