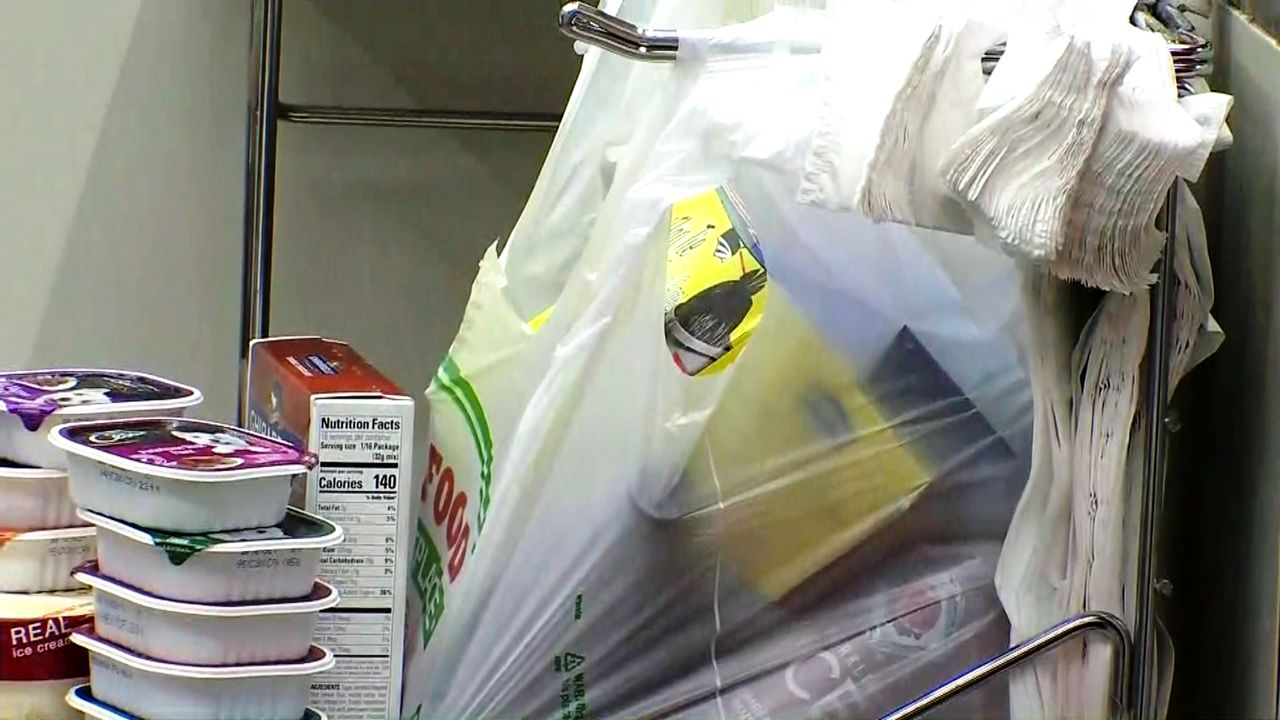 NEW YORK - New Yorkers get ready for BYOB — bring your own bag.

Starting March 1, most plastic bags will be banned across the entire state. Instead, some stores will start charging customers for reusable ones, and shoppers will have to bring reusable bags to others.

“I think it is a great idea and we should all be using reusable bags,” said one shopper.

The State’s Department of Environmental Conservation released the final guidelines for the ban Monday, including clearer definitions of what a reusable bag is.

With just a few weeks out from the ban Khalid Yagmour is stocking his grocery store with alternatives.

“We are going to charge 20 cents for this and we have paper bags which is five cents. People have to bring their own bags if they want or they can buy this,” said Yagmour, a Manager at KeyFood.

Yagmour is preparing his customers too. Signs are posted at every register.

"They are gonna have other bags. That’s all, as long as they put it in some kind of bag I don’t care,” said one shopper.

“I’ll do my best to bring my bag because I have bags at home you know plus it’s a complete waste of money and bad for the environment to have all these bags,” said another shopper.

According to the state DEC, New Yorkers use an estimated 23 billion plastic bags annually and about 85 percent end up in landfills.

Yagmour says his business will save money by not buying the plastic bags but some customers say the ban will end up costing them more money.

“I reuse these for my cat litter and my garbage because we have to put the garbage down the chute, so if I don’t have these I have the buy,” said one woman.

There are some exemptions to the ban, like those plastic bags you see in the produce or meat sections of grocery stores. But you will need a reusable bag to pack it all up and take it home.