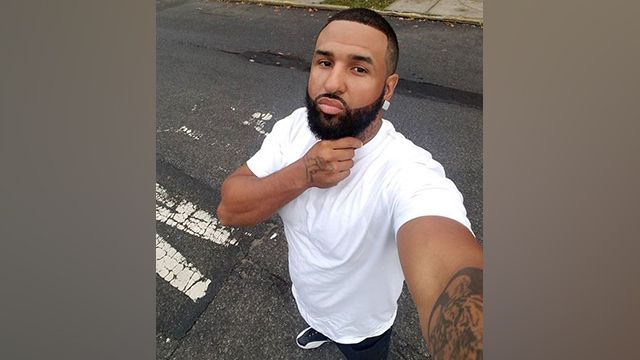 City police are investigating after they said a local rapper was killed in a drive-by shooting outside a lounge in Queens on Sunday morning.

"I just see chairs all over the floor and then I just see him on the floor, and then I didn't see anything until he starting gasping and blood just was going everywhere," said bartender Tieshajah Reynolds, who witnessed the shooting.

Police said 35-year-old Frank Snyder, who goes by the stage name Hollywood Play, was shot in the neck and leg around 3:15 a.m. in front of the Tavern Bar and Lounge on Jamaica Avenue in Woodhaven. He was pronounced dead at a local hospital.

Sources told NY1 that the Brooklyn resident exited the lounge, where he was hosting a party, when a dark-colored sedan rolled up and someone inside shot in his direction several times, striking him.

The city police department did not confirm if Hollywood Play was the intended target, but Reynolds said she thought the car must have been waiting for the rapper.

"I guess, like, once he went inside, shots went off and they targeted him for some reason, because there were a couple other people outside," she said. "I feel like they had to wait until the right moment to get him."

There are no arrests at this time.

Neighbors said the area is safe but the bar often makes them uneasy. "This bar is not safe at nighttime," one woman said. "Even in the daytime, crossing it, it's kind of scary. At nighttime, when I used to come home at 3 a.m., it was scary and I wasn't sure if I should go this way."

Anyone with information on the case should contact the Crime Stoppers hotline at 1-800-577-8477, or text CRIMES and then enter TIP577, or visit www.nypdcrimestoppers.com

Main story image above: File image of Frank Snyder, who goes by the stage name Hollywood Play, from November 6, 2017. (hollywoodplay/Instagram)