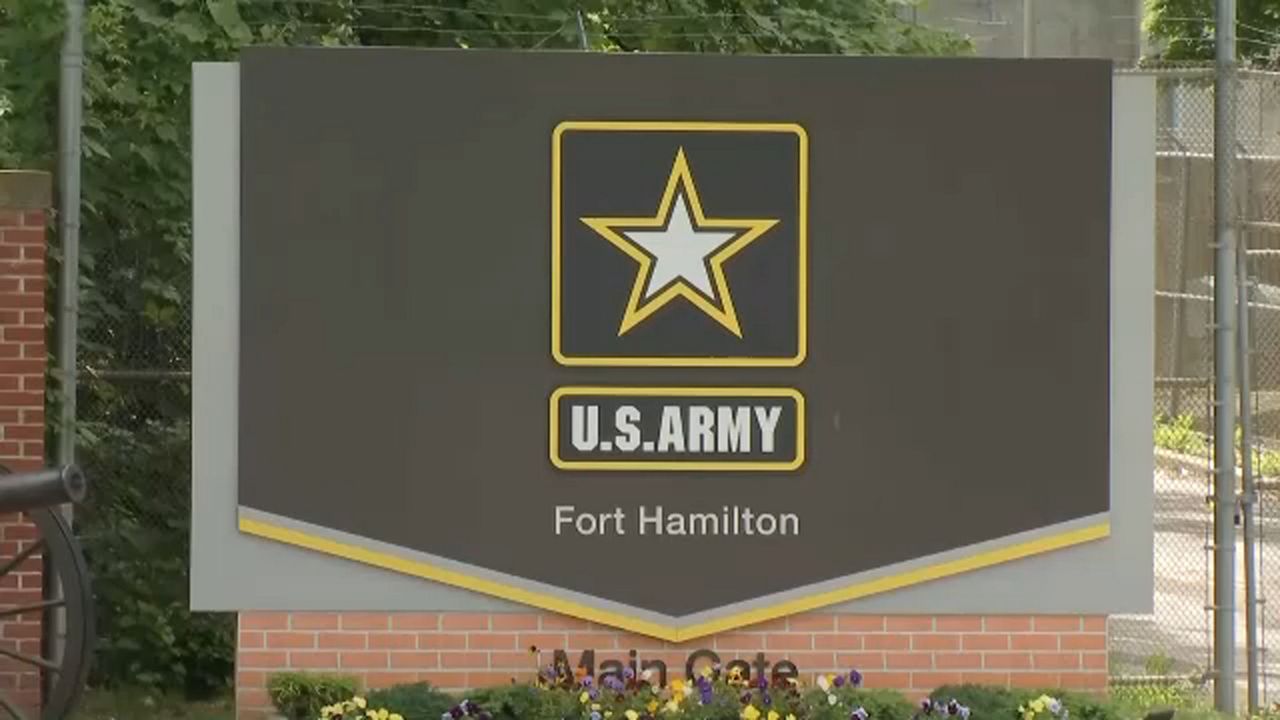 Man faces deportation after delivering pizza to Army base in Brooklyn

Family and community leaders demanded answers and help Wednesday after an undocumented immigrant and a father of American citizens was detained while delivering pizza to a military base in Brooklyn and now faces deportation.

"It's cruel," said Sandra Chica, the man's wife. "They're going to separate my daughters from him. He was supporting the family. Now, I'm going to be by myself, along with two kids. I heard that he's going to be deported next week."

Pablo Villavicencio was delivering pizza last Friday to the Fort Hamilton Army base, as he had many times before, when military police at the base asked for identification.

Villavicencio showed a New York City identification card, also known as IDNYC, as he had done during previous deliveries. This time, however, they rejected it.

The military police directed Villavicencio to get a day pass. The Army said he signed a waiver okaying a background check, and an active U.S. Immigration and Customs Enforcement warrant was discovered.

Immigration and Customs Enforcement officials said the military police officers at the base then detained Villavicencio and turned him over to federal immigration officials.

Villavicencio, the father of two little girls who were born in the United States, is a native of Ecuador and came to the U.S. a decade ago. He got married to Sandra Chica, a U.S. citizen, eight years ago and had filed an application for citizenship.

"He was a tax-payer, contributor to our community entering this base, and now he went from being in this base — that's here to protect us — to prison," Brooklyn Borough President Eric Adams said.

"Does the Army now have some new policy that demands all non-military personnel show proof of citizenship to gain access onto the Army base?" Brooklyn City Councilman Justin Brannan said. "Otherwise, what happened here? Is this part of some new Donald Trump deportation strategy?"

Sandra Chica said she has no other family in New York. She has set up a GoFundMe page for support for the couple's daughters.

Immigrant family advocacy groups like Make the Road New York have called for an investigation. Steven Choi, executive director of the New York Immigration Coalition, said in a press release that "it's absolutely disgusting when the strongest military in the world punches down by going after pizza delivery men.''