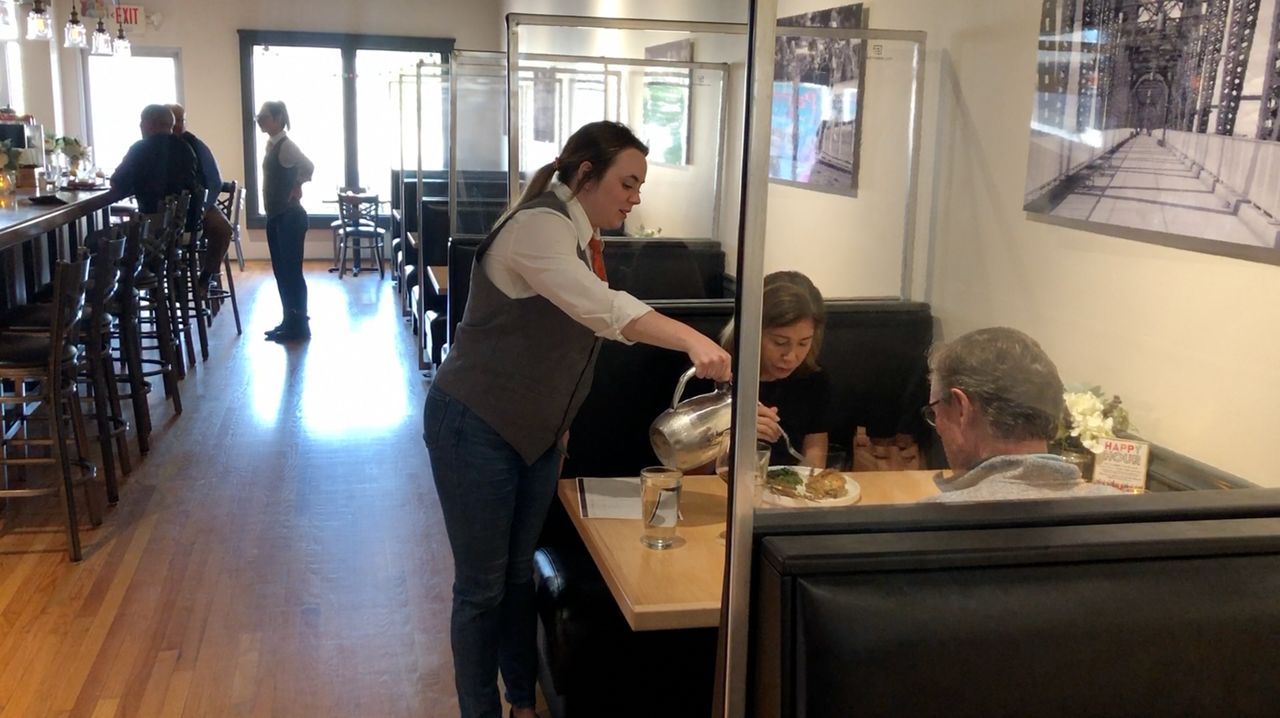 Owner of Morning Fork and Fork & Barrel restaurants in Louisville recently combined the two, in part due to issues with hiring and retaining staff. (Spectrum News 1/Eileen Street)

LOUISVILLE, Ky. — Nearly 95% of the 296,000 jobs lost in Kentucky during the initial months of the pandemic had been recouped by April this year, according to the latest data by Kentucky Center for Statistics.

Morning Fork and Fork & Barrel are two restaurants in Louisville whose owner said he is struggling to hire and keep employees. Some companies are paying higher wages and offering more flexibilities with work schedules to attract talent

In addition, Kentucky’s unemployment rate is now lower than it was pre-pandemic, sitting at 3.9% as of April 2022. In March 2020, prior to the pandemic shutdown, it was 4.1%. However, a walk around your downtown or Main Street might look a little different from the pre-pandemic shutdown since some businesses are cutting their opening hours and days because of staffing shortages.

Geoffrey Heyde has worked in the restaurant industry for over two decades, so he knows the industry well. For example, he knew this past Memorial Day weekend would be very busy, and it didn’t disappoint with over 400 tables turned. However, the week following is another story.

“Tonight we’ve got several walk-ins and tomorrow is a little more hectic,” Heyde explained to Spectrum News 1 the day after Memorial Day, as he was looking at his restaurant’s reservations for the week.

For over five years, he’s been the restaurateur of Fork & Barrel on Frankfort Avenue in Louisville. He also opened a brunch spot during the pandemic, called Morning Fork.

“This week is traditionally a little bit slower, but the weekend coming up is going to be hectic again,” Heyde further explained.

His two restaurants used to separate until recently.

“You know, COVID is a thing and staffing has been an issue ever since COVID, but it’s still an issue, you know. I’ve had conversations with several other owners and restaurants and chefs and everybody’s challenged,” Heyde said. “So, we had staffing issues, and I said, ‘Why not just combine it,’ you know, it kind of forced our hand to do it. We’ve been thinking about this for over a year now, but [staffing issues] kind of just forced our hand to make that move.”

Both Morning Fork and Fork & Barrel employ 40 people, Heyde told Spectrum News 1. However, he added he wants 10 more on payroll.

Heyde’s restaurants aren’t an anomaly. One doesn’t have to look too hard around Louisville to see other businesses also having issues with hiring staff. For example, Joy Luck’s website, an Asian fusion restaurant with two Louisville locations, asks loyal patrons to be patient “due to an unprecedented industry staffing shortage.” In St. Matthew’s CND Nails has a sign on its door stating it’s temporarily closed on Sundays because of a staffing shortage. Another restaurant, Feast BBQ in Louisville’s NuLu neighborhood, was closed on Saturday over Memorial Day weekend because there weren’t enough staff.

However, it’s not just the restaurant industry reeling from the shortage of employees.

“Yeah, we need a plumber to come in and do something he’s like, ‘Well, I’m short-staffed, as well,’ or we need an electrician for something, you know, they are short staffed, ‘So it’s not going to be tomorrow; it’s going to be a couple weeks out,’’’ Heyde said regarding his own personal experience.

Heyde chalks up the current staffing shortage to people moving, going back to school, or leaving the service industry altogether.

“I know some people have left to go into real estate and they are doing really well! Real estate is booming right now,” he said about former employees. “I know people who’ve gone into medical sales, as well, or coding, and they get benefits, too. So that’s a challenge,” he added.

Solutions Heyde’s come up with to deal with the challenge include paying higher wages to kitchen staff. He said his kitchen staff make about 25-30% more now than he would have paid pre-pandemic. In addition, he offers flexibility with schedules, and he also hires more staff who don’t have experience.

“Restaurants are paying anywhere from $16-$22 an hour, based on experience. I’m having to hire people that have zero experience, you know $17-18 per hour sometimes,” he said. “I think the experience levels are lacking. So we are hiring people with less experience, but we are willing to train anybody that’s eager for the job and has a positive attitude.”

A positive attitude—what Heyde and his staff also have to have. Because if they don’t make things work, Heyde said there won’t be a place to work.